Why Cristiano Ronaldo is a ground-breaking signing for Juventus 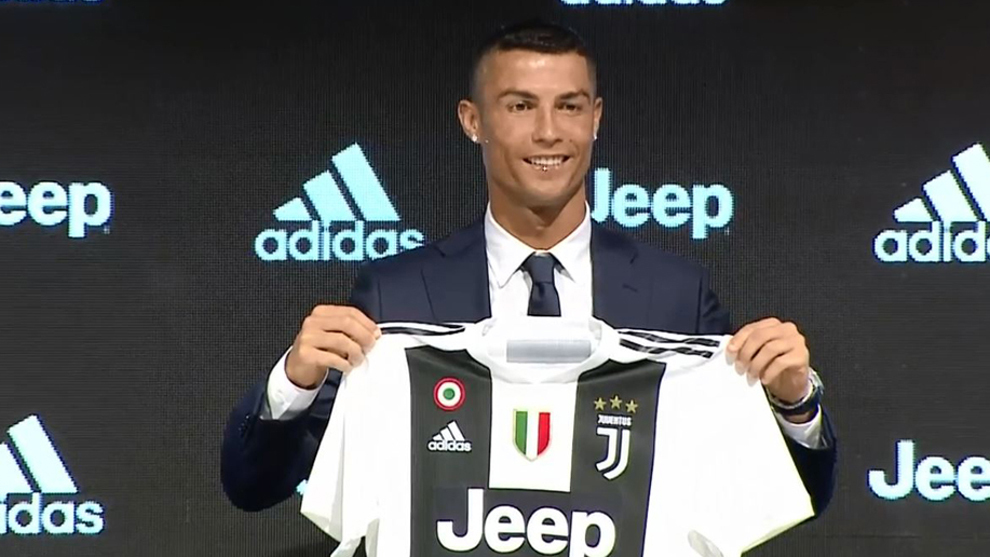 When Juventus announced the signing of Cristiano Ronaldo it’s easy to imagine members of the club’s press office having the same exchange as the one between Roy Schneider and Robert Shaw in Jaws. “You’re going to need a bigger boat.”

Juventus’ other summer signings are hardly small fry. Cancelo is the second most expensive defender in the club’s history and Emre Can, while nominally free, cost €16m in commissions. Nevertheless Ronaldo is not just a different kettle of fish. He is the biggest catch of all. As such, introducing him to the media in Juventus’ usual press conference centre was out of the question.

With 300 journalists coming from all over the world Juventus instead opened the Umberto and Gianni Agnelli hall at the Allianz Stadium. As a location not only was it  more than adequate. It felt entirely appropriate. Ronaldo’s signing fits the tradition the Agnelli brothers did so much to create. Tuttosport was not the only paper to portray Ronaldo as an extra-terrestrial landing in Turin. A footballer from out of this world. But buying the world’s best players is nothing alien to the Agnellis.

In 1957 Juventus’ board considered River Plate’s asking price for Omar Sivori too expensive. Juventus had just signed John Charles and were reluctant to underwrite another big money transfer. “It’s madness,” they told Agnelli. But Bert’s mind was made up. “I’m buying him anyway,” Agnelli said. More than 60 years later that transfer remains one of the most important in Juventus’ history. Sivori helped the Old Lady win the league three times. In 1961 he became the first Juventus player ever to be awarded the Ballon d’Or.

Umberto’s son, Andrea, did not overrule the board to push through the acquisition of Ronaldo for €117m transfer. On the contrary, Agnelli and Juventus’ ‘technical staff’ thanked the club’s shareholders for supporting them in making this happen. But echoes of Umberto’s audacious streak ring loud in the Ronaldo move.

As for Gianni, a story he used to tell about Giampiero Boniperti came to mind over the course of the last week. One day l’Avvocato promised him a win bonus which the prolific striker could invest whichever way he pleased. Boniperti, a Piedmontese who hailed from good agricultural stock, told Agnelli he wanted nine cows. There was just one condition. Boniperti got to choose them.

This captured Agnelli’s imagination. L’Avvocato accepted on the proviso he was able to attend when Boniperti picked them out. The cows Boniperti selected were all in the early stages of pregnancy. He was investing to double his money. At that moment Agnelli no longer saw Boniperti as just a player. But as a future president of Juventus.

One imagines Andrea heard this anecdote firsthand from his uncle. Who knows whether or not it informed his decision to sign Ronaldo.  The Portuguese wasn’t bought merely as best in show on the football pitch. But because of the potential Juventus see in him to grow their business and close the wealth gap with Real Madrid, Barcelona, Manchester United and Bayern Munich. Plans to take advantage of Ronaldo’s celebrity and unmatched reach on social networks make this transfer feel very 2018. But it is also the synthesis of 85 years’ worth of the Agnelli family’s experience in running this football club.