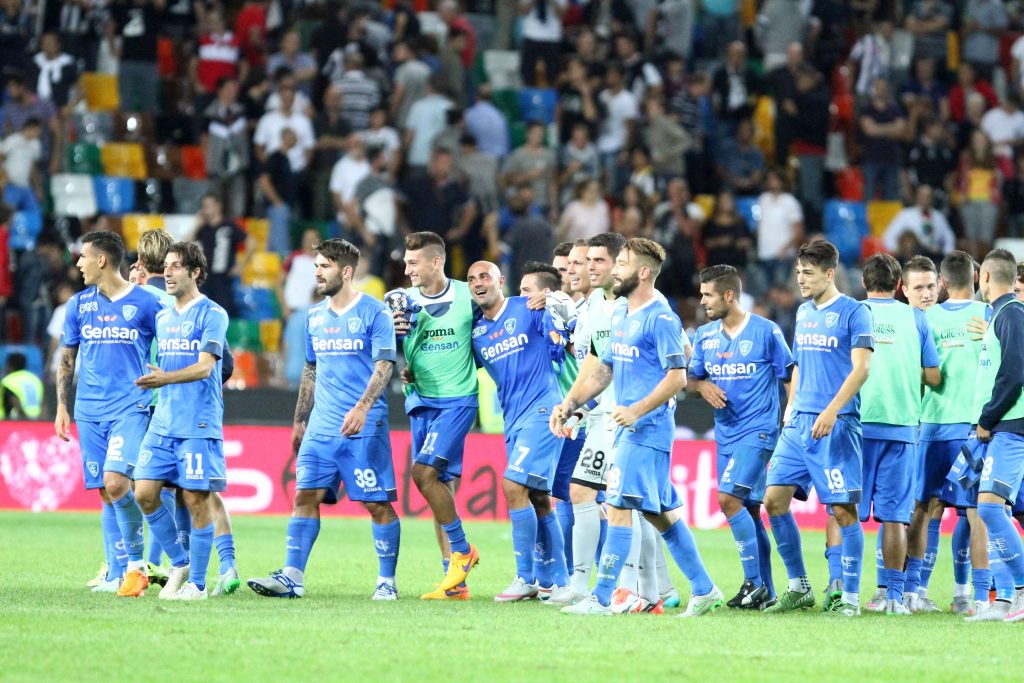 Part three – The other candidates

Despite a strong start to the 15/16 season, Empoli’s form somehow faded during the spring. After winning to Torino on the last day of the season they secured an upper-half finish in 10th place. This summer they’ve lost the central defender Lorenzo Tonelli to Napoli in a €10m deal and replaced him by the former Catania player Giuseppe Bellusci who is joining on loan from English Leeds. Two other experienced signings are the left-back Manuel Pasquale and the experienced former Italy striker Alberto Gilardino who are both arriving on free transfers. The club has so far managed to hold onto last season’s standout player, the 25-year-old playmaker Riccardo Saponara. Can he and Empoli have another season as good as last year? The bookmakers’ odds on them to be relegated at 2.60 are pointing towards another direction.

The Bergamo club that has produced so many great players over the years finished last season in a 13th place. The club sold the Dutch midfielder Martin de Roon to Middlesbrough in a club record €15m deal this summer and have reinvested some of the money by bringing in the striker Alberto Paloschi from Swansea for a €6m fee. Paloschi is seen as the long term replacement for the reliable goalscorer German Denis who left the club to move back to Argentina in January. Last season, Atalanta were really strong at their home soil but struggled away from home, only picking up 3 wins from 19 away games. If the club wants to stay away from the relegation battle this year that record must be improved. Despite the loss of de Roon and a few other notable players including Marco Borriello and Luca Cigarini, the odds of 4.00 on them to get relegated means that they most likely should be able to avoid dropping down to the second division.

The second biggest club from the city of Verona, did much better than their city rivals Hellas Verona last season. Meanwhile Hellas finished rock bottom of the table, Chievo ended up in 9th place. The odds of 3.00 on Chievo Verona to get relegated says that the bookies think they overachieved last season and that they will struggle to repeat last year’s fine performances this season. This summer the club have secured the permanent signing of one of last season’s key players Paul-José Mpoku in addition to a few smaller free transfer signings. There are no major departures either so far this summer which means that coach Rolando Maran, who is starting his third season in charge, will have an almost unchanged player squad to work with this year. That is something very rare for a mid-table club such as Chievo. However, as previously mentioned, the 3.00 price on them to get relegated indicates that they might struggle a bit and have to fight for their survival this season.