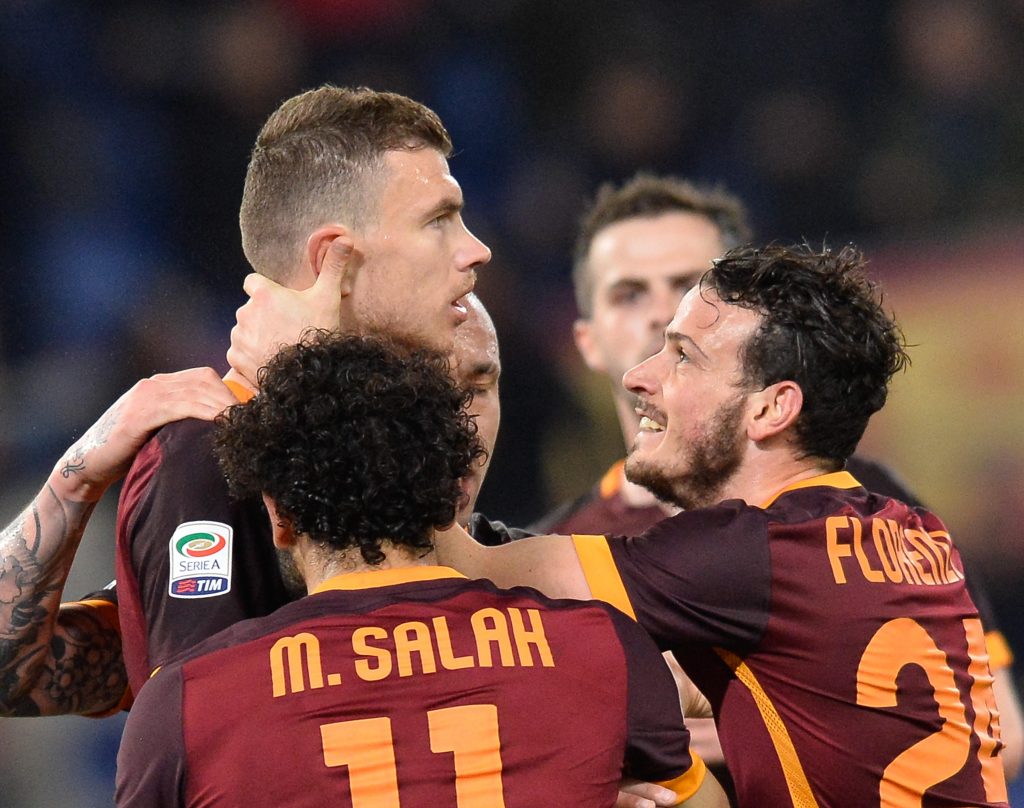 Edin Dzeko, during the Italian Serie A football match A.S. Roma vs U.S. Palermo at the Olympic Stadium in Rome, on febraury 21,

Udinese
To get relegated 7.50
After years of good performances including a couple of finishes high up in the table, Udinese were merely one point from relegation last year. The owners, the Pozzi family, have turned their main focus to the Premier League after their team Watford got promoted, which could be an explanation for Udinese’s poor season. In regular fashion there have been a lot of transfer dealings at Udinese this summer including the €3,4m signing Stipe Perica from Chelsea. The odds on 7.50 on Udinese indicates that the bookies believe they will rise from their lower table misery this season and once again challenge on the upper half of the table.

Palermo
To get relegated 4.25
Palermo and their infamous owner Maurizio Zamparini had six (!) different coaches sacked last season before hiring Davide Ballardini, who is now charge when the new season begins. The pink-shirted team from Sicily sold their best player for the last couple of seasons, Franco Vazquez, to Sevilla for about €15m. This most likely means that new players are on the way in to replace the gap left by him. 52-year-old coach Ballardini will have to find a way to replace the Argentinian playmaker in order for himself to keep his job to the end of the season. The odds 4,25 on Palermo to get relegated indicated that Ballardini is most likely to ride out the storm, even if there is a slight risk of them to go down to Serie B for a second time in three years. The odds on Ballardini to keep his job if that happens are next to none.

Sampdoria
To get relegated 10.00
After a promising start of the season, including a 5-2 win against Carpi on the first matchday, Sampdoria’s season went downhill from there. Despite scoring 48 goals they finished on 40 points, only two points away from relegation, most likely due to the 61 goals conceded. Although the defending was the main concern during last season, the most notable signings so far this summer have been in the midfield and forward departments. The club paid in the region of €5m for winger Jacopo Sala from relegated Hellas Verona and about half of that amount to Torino for Fabio Quagliarella, who is now returning for his second spell in the Genoa club. Having scored 13 goals during his last season at Sampdoria, 33-year-old Quagliarella is expected to help Luis Muriel with the goalscoring this year. Another player who is returning to the club is the highly rated goalkeeper Emiliano Viviano who spent last season on Sicily guarding Palermo’s goal. Will the comeback kids help Sampdoria to stay up this year? The odds of 10.00 indicates that they will most likely stay out of trouble this season.