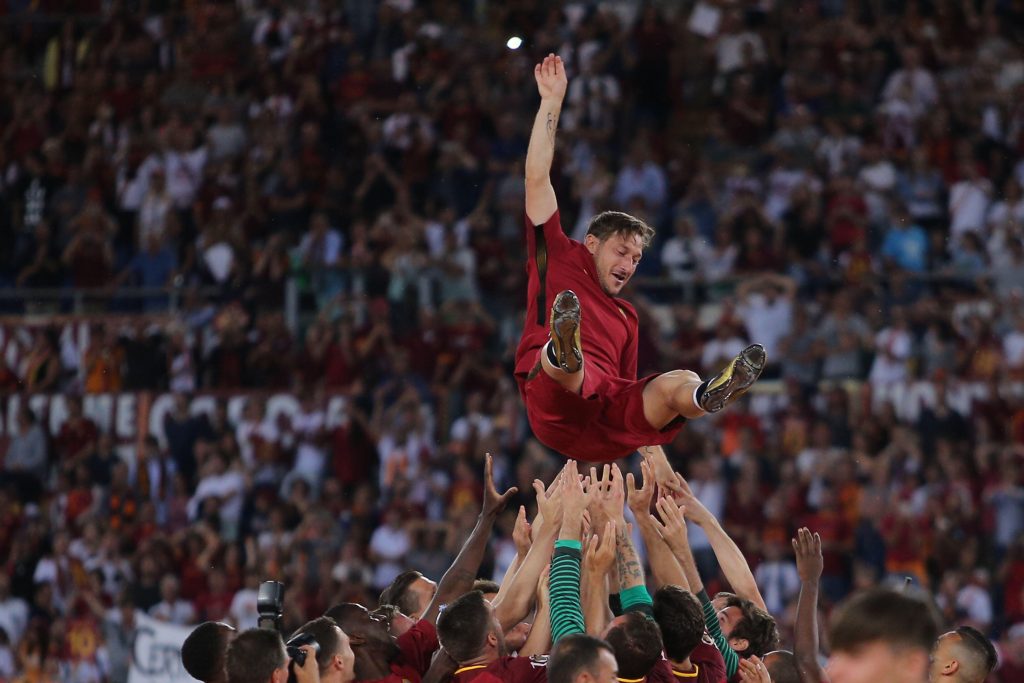 Francesco Totti made his debut for Roma as a 16-year-old in 1992 when the coach Vujadin Boskov let him play in a 2-0 win away to Brescia. It took another two seasons before Totti really became a starter in the capital city side, but he has even since that grown and become a true club legend, spending his whole career in the red shirt.

On Sunday it was time to say goodbye once and for all, for the talented playmaker, who won the World Cup for in Italy in 2006 and the Serie A for Roma in 2001. Ahead of the last match of the season against Genoa, Roma had the chance to secure second place in what will most likely be the last match for both coach Luciano Spalletti, but above all, of course, the club icon and legend Francesco Totti.

The stadium had been sold out for a long time as many fans wanted to experience the last farewell of the home son. Spalletti has been criticized for the fact that he has not played Totti enough this season, but with Edin Dzeko who scored 28 goals and Napoli chasing behind, no risks were taken here either. Totti got to start on the bench. The match was just over three minutes old when Genoa talent Pietro Pellegri who is born in 2001 ran from the halfway line to score 1-0 to the away team. But it didn’t take long until this season’s top goalscorer in Serie A, Edin Dzeko, had equalized the match to 1-1. After that, Roma continued to put pressure on the Genoa defence but the score was still a draw at half time.

After 54 minutes, Francesco Totti entered the pitch at the Stadio Olympico for the very last time and all eyes were now on the Roma number 10. With 15 minutes left of the game, Dzeko assisted Danielle de Rossi who could make it 2-1 to the home team and the fans went crazy, thinking the game was over. However, it only took Genoa and Danko Lazovic five minutes to once again reply and make it 2-2, with only 10 minutes left to play. But in the 90th minute Roma could secure the win and the second place in the table thanks to a late winner scored by Diego Perrotti on a free kick from Radja Nainggolan. Not the perfect end for Totti but he no matter what, he will always be remembered as a winner by the Roma fans.

Another place where there were celebrations this Sunday was in Crotone, were the team could win 3-1 at home to Lazio and secure a place in next season’s Serie A. With 6 wins in the last 9 rounds of the season, Crotone managed to make it past Empoli and avoid relegation with two points. This was an extraordinary performance by the newcomers who looked destined to go down by Christmas and early spring. Empoli on the other hand now have to start over in Serie B next season.

All eyes are now on this Saturday’s exciting Champions League final were the Serie A champions Juventus will take on Spanish La Liga winners Real Madrid in a great battle at Millenium Stadium in Wales. Don’t miss out on this and all other exciting football coming up in the next couple of days.