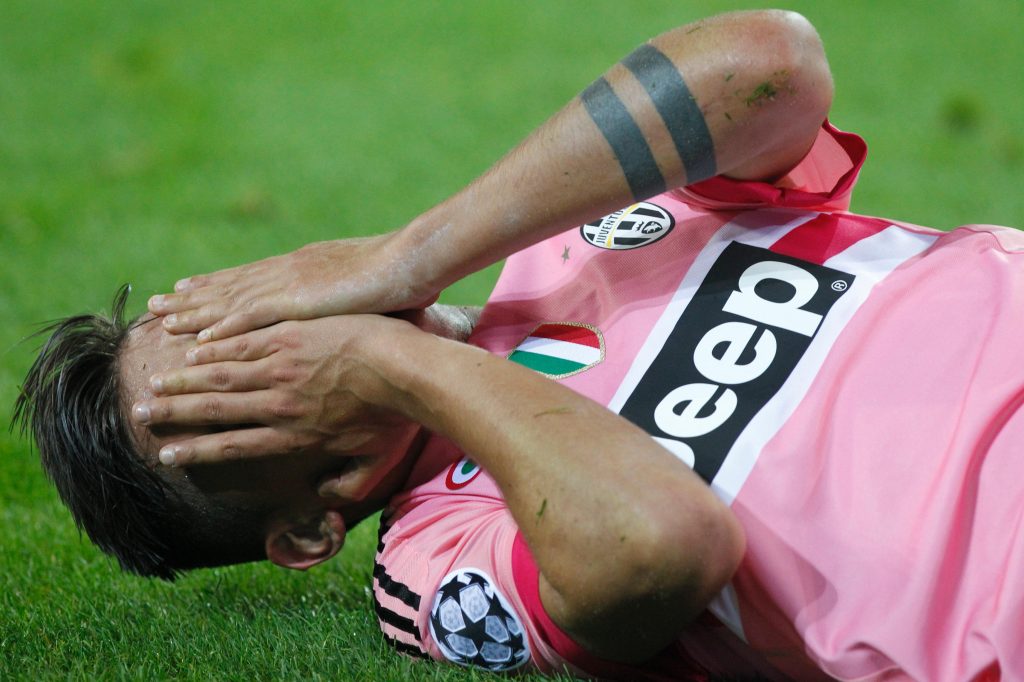 The Serie A golden boot award has been awarded to the top goalscorer in Serie A for almost a century. It was first won by the Austrian Heinrich Schonfeld who scored 22 goals for Torino, back in 1924. It has even since been won by Italian players 63 times and throughout the years it has been players from the two Milano clubs that has been dominated the award.  The capital city clubs have had the award winning player in their squad no less than 30 times together (17 for Milan and 13 for Inter). Juventus are joint second on the list, also on 13 times.

The Swede Gunnar Nordahl who played for AC Milan 1949-56, holds the record for most awards won, having won it five times between 1950 and 1956. Il Cannoniere as he was called by the fans, did hold the record for most goals in one season for over 50 years, until the Argentinian Gonzalo Higuain beat it, by scoring 36 goals for his Napoli in 35 games last season. Higuain´s incredible scoring record led to Juventus paying a club-record €90 million transfer fee for him to secure his services this summer. Ahead of the new season, Higuain is by far the main favourite to defend his title as top goal scorer. Below you will find the main candidates this year according to the bookies.

As you have already read, Higuain did beat the old record from the 50s thanks to his amazing season last year where he guided Napoli to a second place, losing out only to the supreme Juventus. If it wasn’t for a three game suspension due to a red card, Higuain, who joined Napoli from Real Madrid in 2013, could have broken the 40 goal limit last year. Having joined the reign champions Juventus over the summer, most people expect him to keep scoring for fun in the 16-17 season.

Higuain’s compatriot and striking partner Paulo Dybala, has many times been compared to Sergio Aguero in his playing style. Despite being a great dribbler and finisher, the 22-year-old Dybala is mainly expected to deliver the passes to Higuain rather than scoring himself this season.

The third Argentinian on the list, Mauro Icardi, has despite his team’s bad overall performances managed to score 38 goals in the last two seasons for Inter. The controversial striker was mentioned as a possible replacement for the departed Icardi in Napoli, but the two clubs failed to agree on a price for the 23-year-old, which lead to Napoli moving on to other targets in the transfer market.

Borned and raised in Brazil, Eder Martins moved to Italy as a 19-year-old in 2005 and eventually ended up representing his grandparents national team after switching nationality. Starting off in the lower divisions, playing for Frosinone and later Empoli, Eder had his big break at Sampdoria last season, before joining Inter in the January transfer window. Having scored a combined 13 goals for both clubs last season, Eder is seen as a somewhat of an outsider to become the top scorer this season.

Dubbed the “new Robert Lewandowski”, Milik, who was born in 1994, moved to Germany at an early age to follow the same path as his childhood hero. After struggling to break into the first teams of Bayer Leverkusen and FC Augsburg, Milik moved to Holland and Ajax to get more playing time in January 2015. 18 months and 33 league goals later, Milik had convinced Napoli enough to pay €35m for his services. Having played next to his idol Lewandowski in Euro 2016 the Napoli fans now hopes that Milik has picked up enough from his compatriot in order to replace Gonzalo Higuain and his goal scoring record at the club.

All odds are from bet365