Title race may be over, but there is plenty still to play for in Serie A 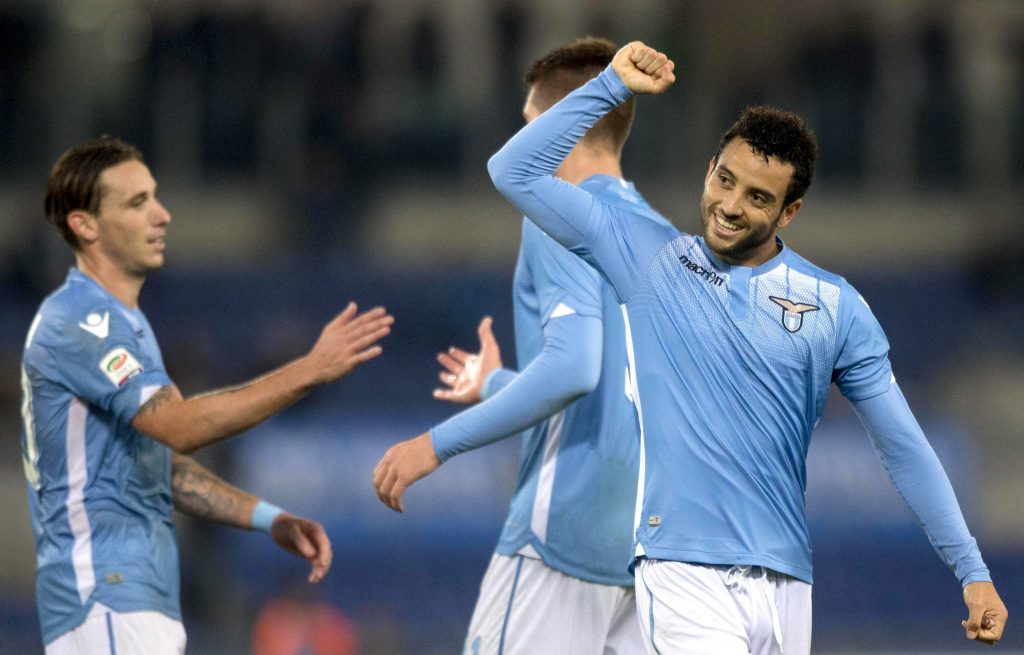 The needle and thread are out. The Old Lady is beginning to stitch a Tricolor shield to a black and white shirt. The closest title race since 2002 looks to be over. But everything else is still to play for in Serie A; Champions League, Europa League, top flight status. The stakes are high. Tensions are rising.

Down the bottom Udinese and Chievo have sacked their manager in the hope a change will do them good. And they aren’t the only established name at risk of relegation. Cagliari are causing panic in Sardinia. Diego Lopez hasn’t been able to steer the team away from troubled waters since making a surprising return to the club in place of Massimo Rastelli. Hovering just two points above the drop zone fans are starting to wonder where the Rossoblu’s next ones might come from. You can understand why with Roma, Fiorentina and Atalanta still on the calendar.

Crotone, meanwhile, look like pulling off another feat of escapology, peaking at exactly the right time under Walter Zenga. Three wins in their last five games mean the mathematics are on the Pythagoreans side although Chievo hope to cause them a problem this weekend in a quintessential relegation six-pointer.

The Flying Donkeys are in free-fall at the moment, making their decision to promote youth team coach Lorenzo D’Anna especially curious.  Whether he is the best man for the job remains to be seen. The pressure is on. Neighbours Hellas could follow Benevento down if results don’t go their way in Round 36 and if the Veronesi keep trending downwards Serie B could have itself a Derby della Scala next season.

Hellas play Milan at San Siro on Saturday. Memories of trouncing them 3-0 in mid-December have long since faded which is to be expected when you let Martin Caceres, Bessa and Giampaolo Pazzini go in January and Moise Kean then suffers a bad injury.

As it stands Milan would need to win next Wednesday’s Coppa Italia final against Juventus in order to qualify for the Europa League. The Rossoneri are seventh and, to Rino Gattuso’s disappointment, have tailed off a bit since he inked a new contract six weeks ago. Last weekend’s win in Bologna was Milan’s first since mid-March. They look tired which shouldn’t come as a surprise. Milan’s season started in the Europa League preliminaries back in July and their efforts to make up ground over the winter has understandably taken a toll.

Nevertheless this weekend represents something of an opportunity. If Milan take care of business and in-form Atalanta contrive to drop points away to Lazio, Gattuso’s gang will be back in the driving seat ahead of next weekend’s meeting in Bergamo. You might say it’s the first of back-to-back Europa League play-offs for Milan, the first being the Cup final in midweek.

In some respects Fiorentina and Samp will be crossing their fingers that Milan bring an end to Juventus’ grip on the Coppa so seventh spot all of a sudden grants access to the Europa League. The pair of them are three points adrift of Milan and are making a real go of it. Fiorentina shattered Napoli’s Scudetto dreams last weekend with a 3-0 win at the Artemio Franchi. They host Milan on the final day which could be very interesting indeed.

On paper Samp have the more favourable run-in and the advantage on head-to-head with Milan. The devil is in the detail, though. Trips to Sassuolo and SPAL look eminently winnable. But Samp have been poor away from Fortress Marassi, where Napoli are due next week, and the sojourn to Ferrara on the last weekend of the season will be anything but easy if SPAL are still fighting for their lives.

One team assured of Europa League football next season is Inter. Please forgive them for not celebrating. Returning to the Champions League for the first time in six years is everything to this project. Three minutes away from winning last weekend’s Derby d’Italia, Inter ended up losing in what was a major blow to realising that aim. Down to 10 men from early in the first half, the refereeing attracted controversy with Inter’s chief executive Alessandro Antonello saying: “A lot of things have changed in the world of football but some things remain the same.”

The allusion was to 1998 and the Ronaldo-Iuliano game. As fate would have it Inter go up against a Juventus player from that era this weekend when they go to Friuli to face Igor Tudor’s Udinese. Instinct tells you Inter shouldn’t have too much bother at the Dacia Arena. Booked in for Sunday lunchtime, it’s a chance to pile the pressure on Lazio ahead of their tricky fixture with Atalanta that afternoon.  But it’s worth remembering Udinese’s last new manager bounce came at Inter’s expense. The Zebrette were the first team to inflict defeat on Spalletti’s side back in December. Inter were top of the table at the time only to fall into a crisis which lasted close to three months.

A repeat of that would be devastating. Mauro Icardi cried after last weekend’s defeat by Juventus. Another striker in tears was his rival at the top of the Capocannoniere charts, Ciro Immobile’s season could be over after he tore a muscle last weekend. Lazio won without him in Turin, but his absence over the final stretch could have a big influence on who claims that final spot.

It’s easier to see Lazio dropping points than Roma. The Giallorossi go to Cagliari and Di Francesco’s former club Sassuolo either side of Juventus’ visit to the Olimpico. It’s up to Inter to make one of them pay if they slip-up. Inter have the edge on Roma in terms of head-to-head and travel to Lazio on the final day in what they hope to make a Champions League play-off.

Think Serie A is over? Well, think again.