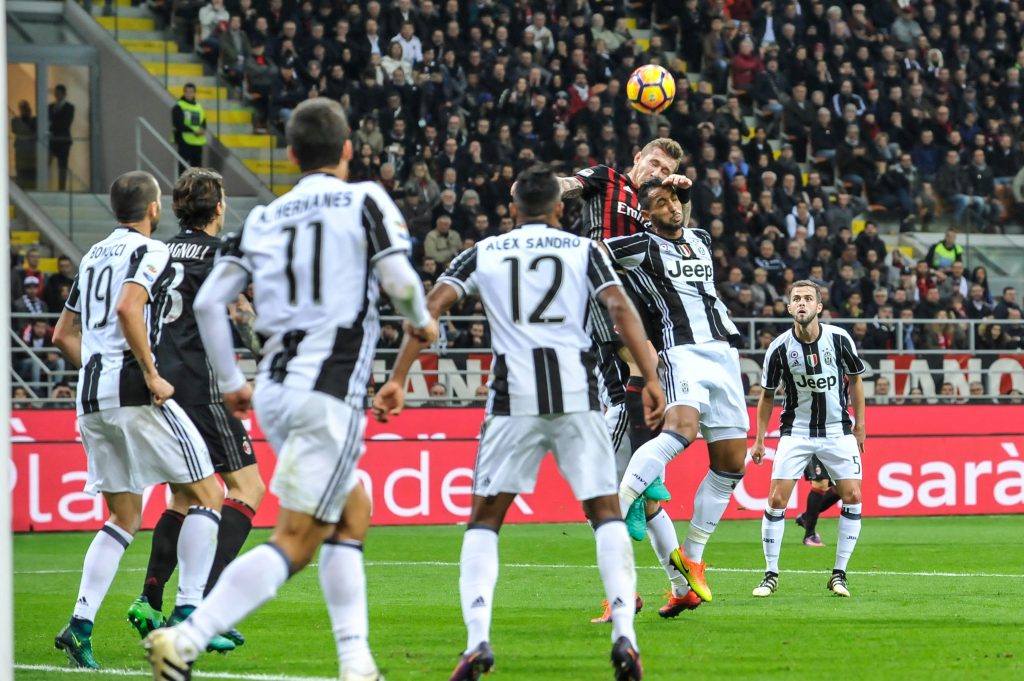 The transfer window is closing on Wednesday night and we are looking into which teams that have been the winners and the losers of this transfer window just a few days before deadline.

Despite making the world-record sale of Paul Pogba to Manchester United, this year’s Juventus squad feels better prepared to challenge in both Europe and in the domestic league than in previous seasons. They have signed some of the stars from their main competitors by bringing in Gonzalo Higuain (Napoli) and Miralem Pjanic (Roma). In addition to this they’ve also added even more quality to the team by signing Marko Pjaca, Dani Alves and Mehdi Benatia and the reign champions looks to be on track to win yet another league title this season.

Fuelled by the Higuain money Napoli have been spending bigger than usually this summer. Arkadiusz Milik came from Ajax for €32m and from the Italian league they’ve made three big signings in form of Amadou Diawara (Bologna), Piotr Zielinski (Udinese) and Lorenzo Tonelli (Empoli) for a combined cost of €38,5m. With some of the Higuain money left to spend and lots of rumours flying around, we wouldn’t be surprised if one or two other big signings will join before the window closes on Wednesday.

Inter, who have failed to live up to the expectations over the last couple of years, have been one of the biggest spenders in this summer’s transfer window. With the major signing being the Portuguese talisman Joao Mario from Sporting for €40m, they have also recruited a few other big name players from their domestic league such as midfielder Antonio Candreva (Lazio) and the wing-back duo Dodo (Roma) and Christian Ansaldi (Genoa). The big question now is whether or not the new manager Frank de Boer can make the team start working together as a unit on the pitch again.

At the time writing, the club have signed five players on permanent deals and another three on loan. Last year’s loan signing Davide Astori from Cagliari is the biggest name among them but the most exciting one is the 17-year-old Ianis Hagi, son to the legendary Gheorge Hagi. Born in 1998, Ianis played 31 games for Viitorul Constanta in his domestic Romanian league last season and despite representing hs country on youth level he is tipped to be starting the season on the bench for Fiorentina. Fiorentina look very likely to conduct some more business before the window closes, with Stevan Jovetic being rumoured to be on his way in from Inter Milan.

Genoa are always among the clubs doing the most business in each window and this time they look to have done some great value deals. One of the most interesting names is Giovanni Simeone, son to the Atletico Madrid coach Diego, and a striker with a good track record from his native Argentinian league. Another great signing is Miguel Veloso from Dynamo Kyiv, who makes his second spell in the club. A potential joker is Lucas Ocampos, who despite a great reputation has failed to deliver in the French Ligue 1 for Monaco and Marseille. If he could find the feet in Italy the 22-year old Argentinian winger can be an attraction in the Serie A.

The days of Inzaghis, Kakas and Maldinis are long gone at the San Siro Stadium. The seven time European Champions looks set for mid-table mediocracy this season, having not been able to bring in players anywhere near the quality expected from a club of their stature. The former Napoli playmaker José Sosa (Besiktas) and the Serie B top goal scorer last season Gianluca Lapadula (Pescara) are the clubs biggest signings this season. These sort of signings won’t bring back AC Milan to neither European glory nor a top position in the Serie A this season.

Chievo, who were one of the positives in last year’s edition of the Serie A, have managed to retain most of their squad from last season. Having released a few players on free transfer they have also managed to secure the permanent transfer of the irrational winger Paul-Jose Mpoku and have also signed the experienced goalkeeper Stefano Sorrentino on a free transfer. If the club can manage to continue building on last season’s fine performances it can be a very fun season for the Verona team.