Serie A Football round up – Round 5 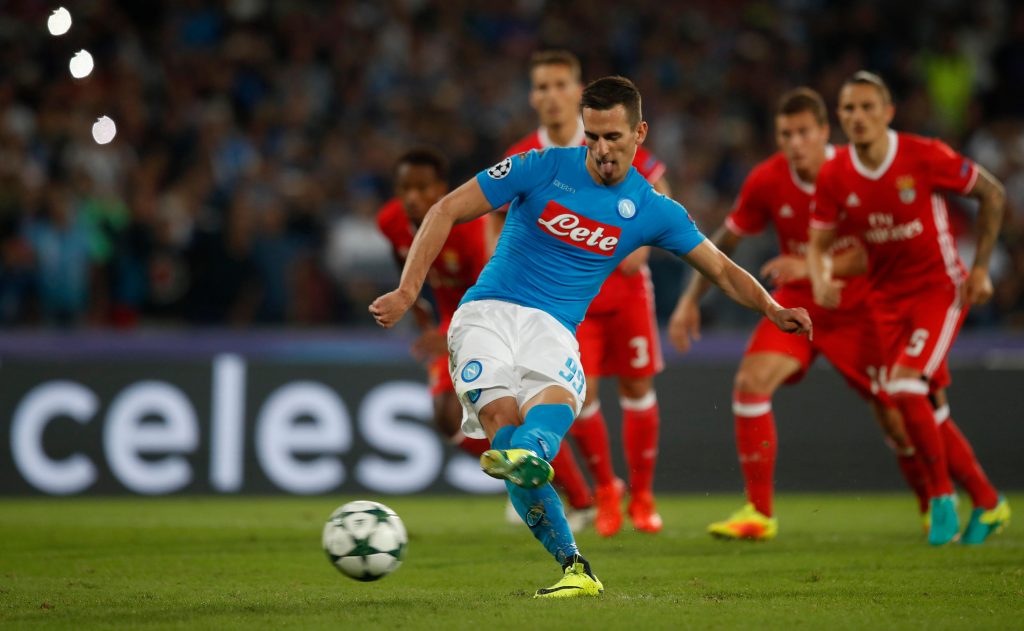 It’s been yet another exciting weekend of the Italian Serie A football, including high scoring matches, surprising results and much more. As always on Daily Serie A, we are trying to give you the best guide to what have happened and what will happen in the upcoming week.

It’s an important week of European football coming up for some of the Serie A teams. Juventus are travelling to Croatia in order to face Dinamo Zagreb and are in search for a win after drawing in their first game of the competition. On Wednesday night Napoli plays the classic Portuguese side Benfica at home in the San Paolo Stadium. Arkadiusz Milik scored two goals in their first game against Dinamo Kiev, and after two other braces in the Serie A he looks to be the replacement for Gonzalo Higuain the club were looking for when they paid nearly €35m to secure his services this summer. Another win for Napoli against the Portuguese and they are on track to go through the next stage of the competiton.

On Thursday night there will be more Italian teams in action playing the Europa League. AS Roma will take on Romanian Astra Giugiu at home and it is a special week for Roma with their captain Franscesco Totti celebrating his 40th birthday today (Tuesday). Totti who made his debut for the club as a 16-year-old has spent his whole career playing for the club with over 700 games and 300 goals in the red shirt. The Serie A title in 2001 and the World Cup win with Italy in 2006 are the two main highlights of his career.

Totti and Roma had a rough weekend when they went to Turin in order to play Torino. The game, which had a lunchtime kick-off ended 3-1 to Torino despite Totti scoring a penalty for Roma. The main man of this game was the (ironically) Roma loan player Iago Falque who scored two goals for Torino. Falque a 26-year-old Spanish player, spent his youth years at Barcelona, Juventus and Tottenham without getting chances in neither clubs first team before he found his feet in Genoa during the 2014/15 season. Being somewhat of a late bloomer Falque is still waiting for a call up to the full Spain squad, having played for the country of several youth levels. Can he take the next step in Torino this season?

Torino, that was once among the best club in Italy and Europe won 5 league titles between 1943 and 1949 before the team tragically died in an airplane crash after playing away in Lisbon. Contrary to Manchester United, who had a similar fate about 10 years later, “Il Grande Torino” never really recovered and have spent the last 65 years in the shadows of their neighbours Juventus. The club now looks to two be on the right course again and this Sunday their fans had something to celebrate again after the game against Roma.

This upcoming weekend we can look forward to yet another round full of action with two high-octane matches kicking off at Sunday night. First is previously mentioned Torino against Fiorentina, a clash between two teams who are looking at getting positions just below the very top of the table this season. Fiorentina had a goalless draw against Milan last weekend, where the 17-year old keeper Gianluigi Donnarumma was the man of the match. After this exciting fixture the late game on Sunday is between the two giants Roma and Inter. Can Francesco Totti celebrate his birthday in style by scoring another goal for his childhood club or will the resurrected Inter lead by top goalscorer Mauro Icardi prove to be too tough?