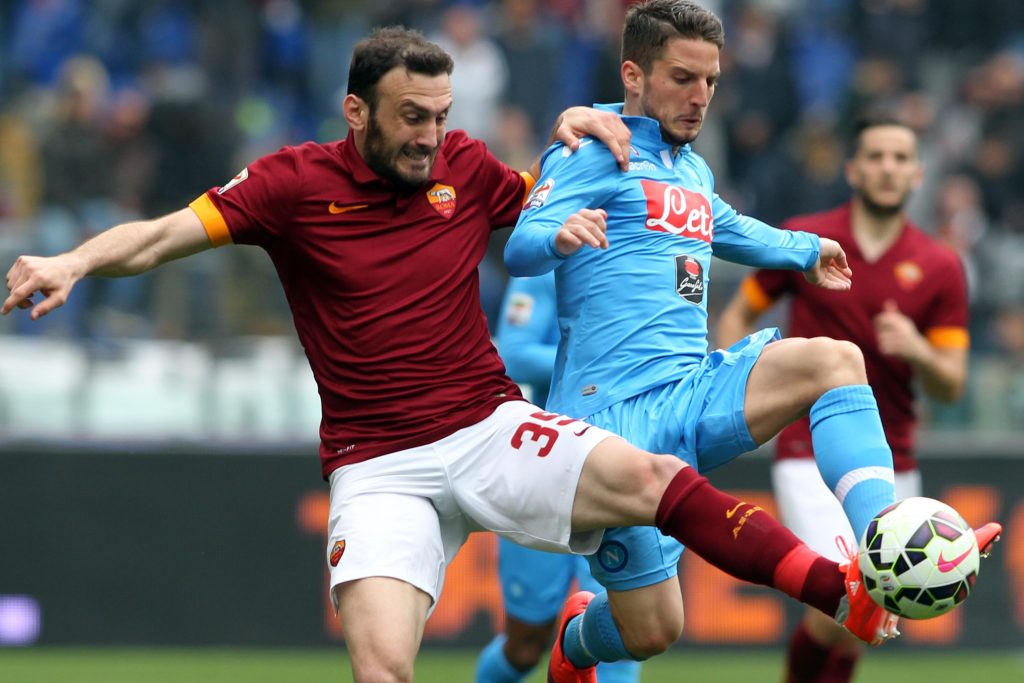 This weekend, the Derby del Sole takes place in Italy as one of the most high-intensity matches in the country. Games between Roma and Napoli are rarely, if ever, friendly and this one promises to be one of the most exciting matches in recent years.

Occupying the two UEFA Champions League spots below runaway champions Juventus, Roma and Napoli both want to make sure they get Champions League football next season. It’s crucial to both projects so they can continue to keep their squads together and slowly try and bridge the gap with Juventus. It’s hard to do, no doubt, but if any team can do it then it’s likely to be these two.

Both Milanese sides are not in shape to truly challenge, although they have the means to consistently challenge if they are able to get their sporting projects in place. Where both of these sides win, then, is because they can manage to claim they have fully working sporting projects. With more revenue, they could already compete. With massive fan bases and a huge level of talent in both sides, this match should go some way to determining where the Champions League places go to.

The home side, Roma, are 5 clear of their rivals and know a win essentially ends their league campaign in terms of ambition. They’ll be able to consolidate 2nd without getting any closer to 1st, and Napoli will know they essentially have no chance of reaching the top two even with an immense run of form.

Spalletti is not expected to change too much about his Roma side going into this – even with a midweek loss against arch-rivals in the first leg of the Copa Italia. They are playing grand football and the three at the back system they are employing seems to suit the players that they have very well indeed. For this reason, it’s very hard to pick an obvious winner of this match – Roma have players who are in-form and are coming into the game certain of the position they play.

Napoli, though, play the finest football in the country aesthetically. With Arkadiusz Milik back in the side he should offer firepower from the bench, while Dries Mertens and Lorenzo Insigne are likely to be the firepower in this challenging away match. Calling clear winner here is very hard as both sides are so talented, but you’d have to swing for the home side if you had to.

Roma won impressively against Internazionale at the San Siro last time out and have arrived here in excellent form, cup loss aside. However, Napoli have fallen against Juventus, Atalanta and Real Madrid. With exits from both cups now looming large, the pressure is on them to get a win here and make 2nd place possible.

With current form and the way that both sides are playing, though, Roma should be more confident out of the two. They are in form, they feel comfortable as a team and are the loss against Lazio means they have making up to do.

We expect that will continue this weekend.