Remembering Silvio Piola, the greatest goalscorer in Serie A history 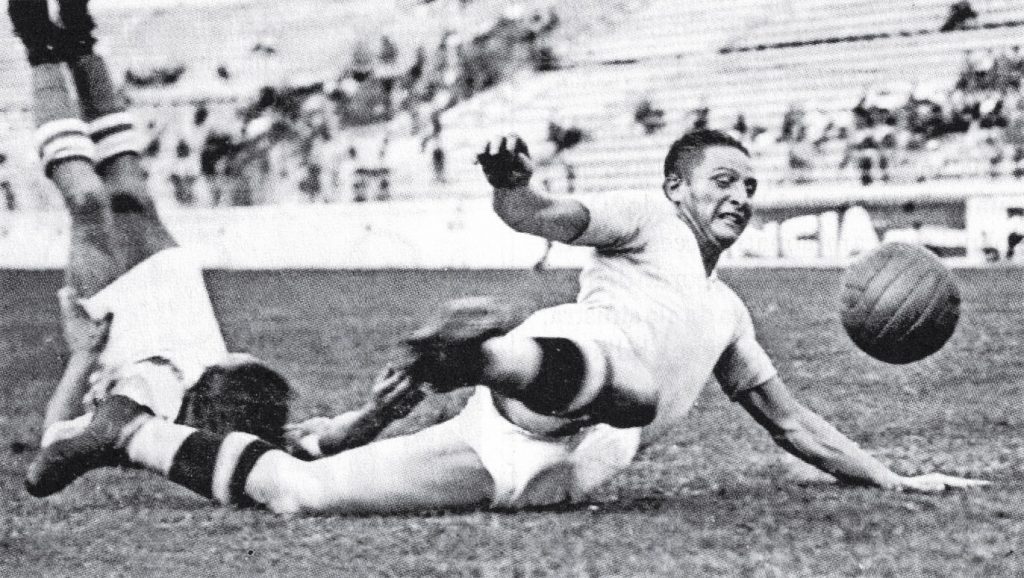 When Francesco Totti hung up his boots in 2017, he was showered with praise from football fans across the world. The one-club man had served Roma with distinction since making his first-team debut in 1993, turning down lucrative moves away in order to remain with his boyhood team for the duration of his career.

Supporters of every club around the globe could appreciate the Italian’s longevity and loyalty, but his iconic status was also earned thanks to his phenomenal ability on the pitch. Indeed, only one man has scored more goals in Serie A than Totti: Silvio Piola, who found the net 290 times in the top tier of the Italian game.

The former Pro Vercelli, Lazio, Torino, Juventus and Novara striker is undoubtedly one of the greatest Italian players of all time. The majority of football fans on the peninsula will not have seen him play, but most will be aware of his magnificent achievements and enduring legacy.

Born on 29 September 1913, Piola began his career at Pro Vercelli, a second-tier club today but one of the biggest in the country in the first few decades of the Italian game. His first Serie A outing came in early 1930 when he was just 17 years old, but it did not take long for the forward to make an impact: although he failed to score in his first four appearances for the Bianche Casacche, he struck 13 goals in 32 games in his first full season of 1930/31.

Twelve more followed in 1931/32 and another 11 the following campaign, which preceded the 1934 World Cup on home soil. Piola was not included in Vittorio Pozzo’s victorious squad, but he would not have to wait long for his first taste of the international game. Indeed, the Robbio-born attacker received his first cap in 1935, by which time he was plying his trade for Lazio following a post-World Cup transfer.

Piola made 227 appearances for the Biancocelesti across nine seasons, which was his longest spell at any club. He broke the 20-goal barrier for the first time in his career in his debut campaign, before repeating the feat in both 1935/36 and 1936/37, the latter of which saw Lazio finish as runners-up in Serie A behind champions Bologna. He was, by this point, a fixture in the national team, and there was no doubt he would be a prominent member of the 22-man travelling party who made the journey to France in 1938.

Piola had completed eight full seasons in Serie A by the time the tournament got under way, but he was still just 24 years of age. It was he who scored the crucial extra-time winner against Norway in the Azzurri’s first match – a knockout tie in the days before a group phase – before netting a brace in the 3-1 victory over France in the quarter-finals. Piola then helped the holders to a narrow 2-1 triumph over Brazil in the semi-finals, before adding another two goals to his tally to win the Golden Boot – and the Jules Rimet trophy – as Pozzo’s men beat Hungary 4-2 in the final in Paris. Within the space of two weeks, Piola had earned himself a place in the history books.

Piola scored a relatively meagre eight league goals the following season, before notching nine in 1939/40 and 10 in 1940/41. Some wondered whether the striker’s best days were behind him, but he hit back with a combined 39 goals over the next two campaigns. The Second World War interrupted the league – Piola turned out for Torino during the conflict – and by the time Serie A resumed in 1945, the World Cup winner had moved on to Juventus.

The Bianconeri finished second in Piola’s first two seasons at the club, which saw him score 26 times. He then dropped down to Serie B with Novara, where 16 strikes helped fire the Biancoazzurri to promotion; Piola continued to fire in the top flight, making the net bulge on 70 further occasions to take his Serie A tally to an unsurpassed 290 before he decided to call time on his playing career in 1954.

Novara renamed their stadium after their greatest ever player following his death in 1996, as did his first employers Pro Vercelli. Piola is not just an icon for those two clubs, however; on his 105th birthday, he remains one of the biggest legends in the history of the Italian game.