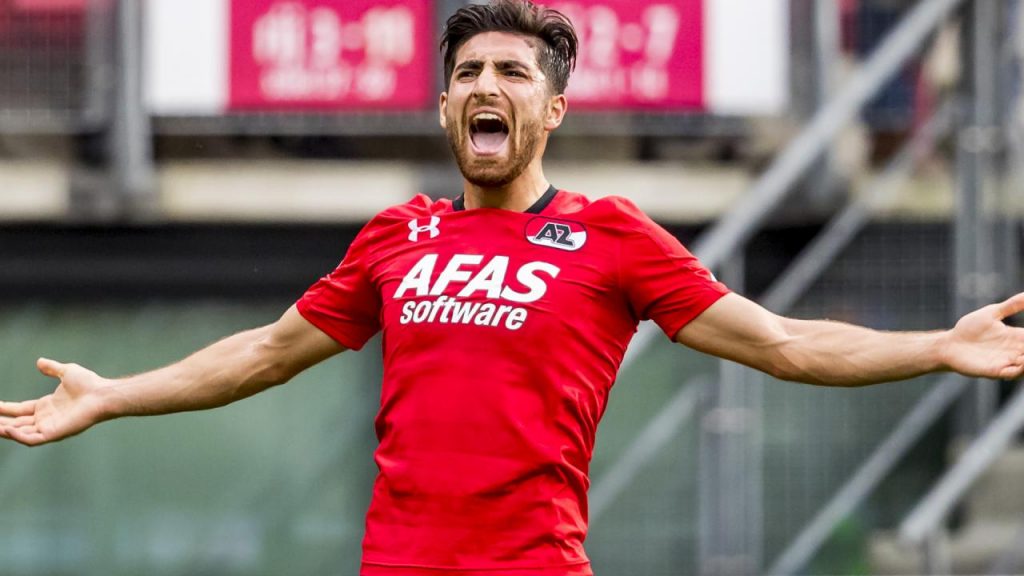 Having come so close to winning the Serie A title this year, Napoli are already in the middle of planning a second assault next season. While Napoli fans might be worried that they will lose some of their key players, one link should have fans very excited; Alireza Jahanbakhsh.

The 24-year-old plays his football in Holland with AZ Alkmaar, and has been one of the best players in the league this season. 21 goals and 12 assists from just 33 games is an exceptional return, and it now appears that he could be on the move.

According to Football Italia, then, there is a lot of interest in him. His agent, Amir Hashemi, spoke of the importance of his client securing a high profile move at the season’ end with a major performance at the 2018 FIFA World Cup, saying: “Jahanbakhsh is a right-sided winger, but can play on both flanks and is very good both when attacking and defending,

“He is extraordinary when taking me on, in dribbling and providing assists, but despite all these characteristics as a winger, he is also a great goal scorer too.

“I can’t say anything officially, but I know Napoli are interested and have been tracking him for some time. I heard that two or three Napoli scouts have come to view him play for AZ Alkmaar, but I cannot say more than that right now.

“Jahanbakhsh is very ambitious and it’ll be important for him to know he’s important for his new team. Napoli are a great club and many players would be honoured to wear the jersey.”

If he is to move, someone will be picking up one of the most electric talents in the European game, having forged a career in The Netherlands over the last few years.