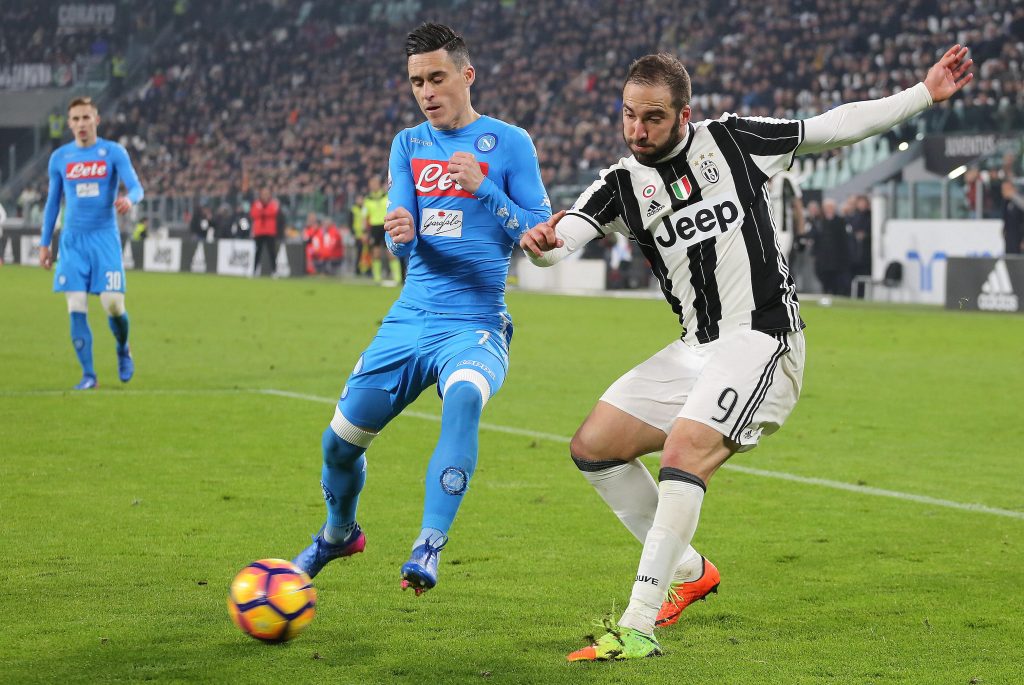 This weekend, Juventus head to Naples and the San Paolo to take on a vociferous and exciting Napoli side. With just one loss in their last six, Napoli can feel pretty confident that they could silence the Juventini – and close the gap on them to just seven points. While it’s unlikely that anyone can stop Juventus from landing a record breaking sixth consecutive Scudetto, Napoli and Roma will be happy to try.

This game, then, is likely to be last chance saloon if anyone wants to try and prevent Juventus from breaking the history books. Coming into the game, then, Napoli know they have one job; shut Gonzalo Higuain up.

The old Napoli player had a tough time in the city. An excellent first season was followed up by a poor second album. His third, though, his comeback, was a platinum hit. He repaid the Napoli faithful, though, by moving to the club that they hate more than most; Juventus. Now in the famous black and white stripes, Higuain has set about scoring a glut of goals and helping to fire the away side to win after win.

Another win here and it would be all over. This game, then, represents and interesting opportunity for both clubs to make a telling contribution to the seasons end. If Juventus win then it could even open up the chance for Napoli to be caught by some of the chasing pack like Lazio and Inter. A loss, though, and Napoli could have at the very least one eye on second spot to try and catch their rivals from the capital.

Either way, this match promises to be one of enduring quality. Talents such as Lorenzo Insigne and Dries Mertens on one side, the likes of Dybala and Higuain on the other. In the middle of the park, though, it’s easy to see why Juventus win so many games. The pivot of Pjanic and Khedira offers a solidity that is hard to find elsewhere. Even the impressive Marek Hamsik and Allan will struggle against such a strong and respected midfield

The other interesting fight here is for the top scorer award. Two of the other players fighting it out for top spot – Andrea Belotti and Edin Dzeko – are not involved here. However, Dries Mertens and Higuain both have an impressive 20 and 19 each, so they are in with a chance of the trophy themselves, too.

This adds another interesting layer to the match. Can the likes of Koulibaly and Albiol keep Higuain and co. quiet? It’s doubtful. Could you see Bonucci and Chiellini keeping out Napoli all game? Doubtful, as well

This one promises to be a cracker. It’s one of the most important games on the Serie A calendar and when you add in the importance it can play on the whole top end of the table, this promises to be a showcase game that’s more than worth watching out for this weekend.