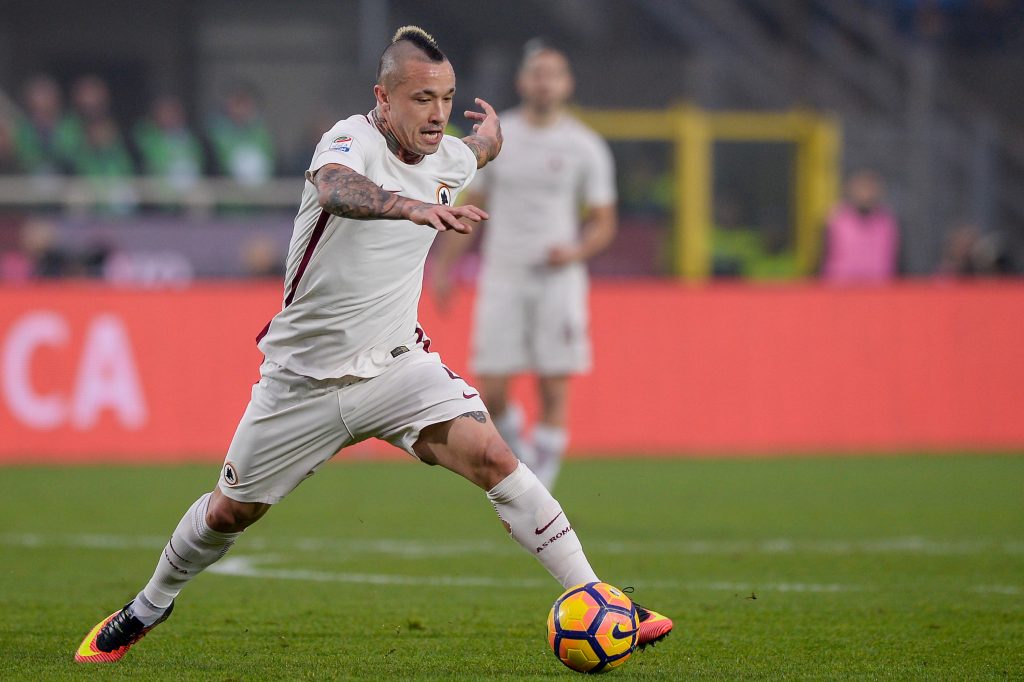 The stakes were high on Monday night when 2nd place Roma and 3rd placed AC Milan clashed together in a big game on Stadio Olimpico in the Eternal City of Rome. After last weekend’s derby win over Lazio this was yet another emotional as well as important match for the Rome side. With both teams having great seasons so far it was all set for a great battle between these to big clubs.

The 28-year-old Belgian powerhouse Radja Nainggolan was together with his midfield companion Kevin Strootman the big hero of the Rome derby after scoring the important 2-0 goal for Roma against Lazio last Sunday and once again he was the name on everyone’s lips after encounter with Milan.

The game was a really exciting one, much thanks to both teams clear desire to pinch all three points. Truth to be told, it was also a match the could have ended anyway, even if the outcome ended up being three points for the home team Roma thanks to another important scored goal by Nainggolan, where he in the 62th minute managed to beat Gianluigi Donnarumma, with a strike just outside the penalty box.

By that time Milan had already missed their big chance to win the game due to a missed penalty by M´Baye Niang, which was rewarded to Milan after that their striker Gianluca Lapadula was brought down by Roma’s Polish goalkeeper Wojciech Szczesny. The keeper did get his revenge by saving the penalty and instead it was Nainggolan who became the game winner with his well-placed long shot in the middle of the second half.

The win means that Roma are now three points ahead of Milan in third and only four points behind Juventus in first place. On Saturday night, Roma will play Juve away at Juventus Stadium in a match that could very much decide the outcome of the whole Calcio season. Juventus, who looks to be back on track again after their chock loss away to Genoa, won their derby this weekend after beating their city rivals Torino by 3-1 after a number of late goals from “The Old Lady”.

Can Roma make it three in a row or will Juve once again turn out to be too strong for their competition in the Serie A?

Napoli also seems to be back in winning form again, making it 3 out of 4 after their 5-0 trashing away to Cagliari in the lunchtime kick-off on Sunday. The team from Naples have struggled a little since loosing their top goalscorer Arkadiusz Milik to a knee injury but Dries Mertens filled out his boots this weekend by scoring a magnificent hattrick at Sant’Elia Stadium on Sardinia.

A team from south Italy, more particularly Sicily, which have not replicated Napoli’s winning streak, is Palermo. After collecting their ninth consecutive loss this weekend, the pink shirted team do now have five points up to Empoli above the relegation and are really trailing at the bottom of the table. Despite a number of new players and coaches coming in during this season it seems like the club and their eccentric president Maurizio Zamparini should start preparing for yet another spell in the Serie B.

Find all odds for this weekend’s game here and make sure to visit Daily Serie A for all the best bet suggestions on Serie A!