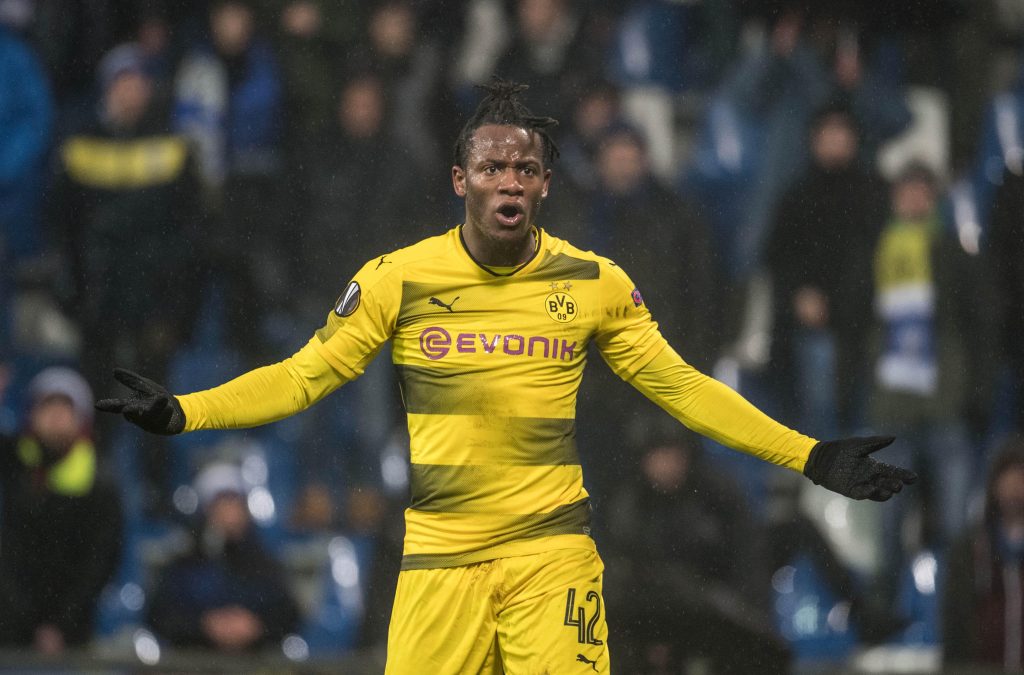 Following the match-up against Atalanta of Bergamo, Michy Batshuayi was allegedly the victim of vicious racist abuse. The player took to social media to tell the fans that they could ‘enjoy watching on TV’ after the dismissal of the Italians, after Marcel Schmelzer scored to send Dortmund through on aggregate.

When BVB were knocked out on Thursday, though, it appears that some of the less tolerant of the Bergamo sides fans took to social media to relight their argument with the Belgian striker.

Batshuayi then posted a series of messages from supposed fans of the club, simply captioning it with ‘Good luck’ aimed at their president, Antonio Percassi. Percassi himself claimed that he did not hear any chanting against the forward in the 1-1 draw in Italy. He also included a series of horribly abusive screenshots, showing just some of the abuse that he was receiving on Twitter and social media.

You can see some of the rancid abuse being sent the way of the Dortmund striker here. If the chants were not heard previously, then it would be hard to deny the cruel and sadistic nature of these tweets.

Whoever sent these tweets, we condemn your nature and your intent. To insult anyone based on their origin or race is a disgrace: we hope these people are caught and punished for their draconian abuse.