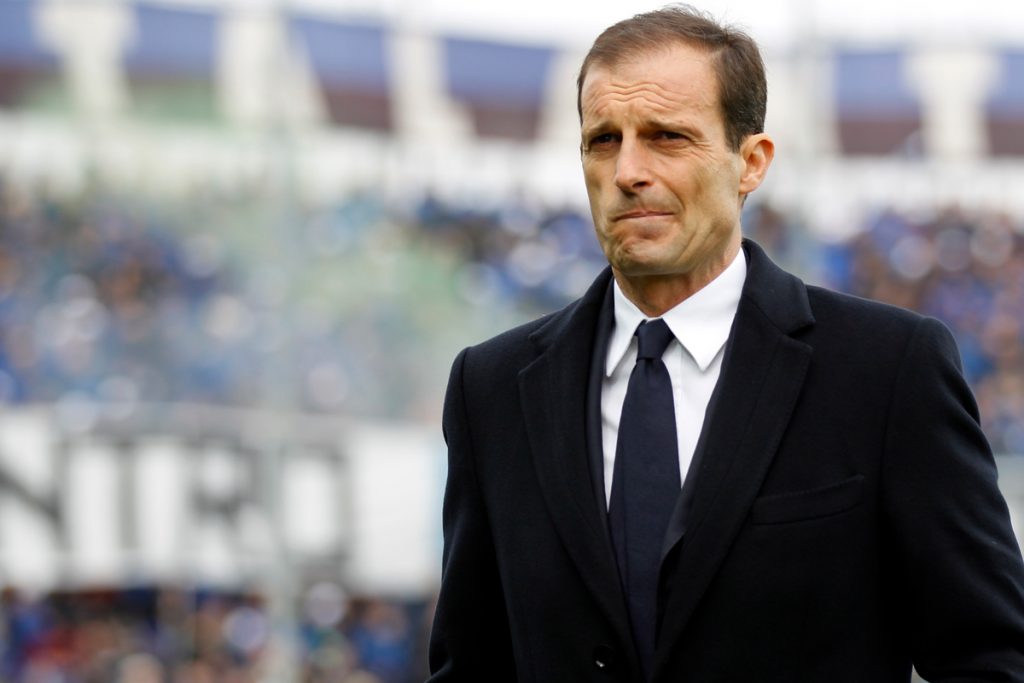 For some time now, it’s been apparent that Chelsea would depart from their journey with Antonio Conte. The ex-Juventus boss, though, might be surprised to see that his replacement is none other than his replacement at the Bianconeri in Massimiliano Allegri. The Juventus coach might bring an end his association with the Old Lady in the summer as he looks to take his coaching to a new nation entirely.

Allegri, who worked his way from the third tier in Italy to manage both Milan and Juventus, is coveted in London. Linked with both Arsenal and Chelsea, The Evening Standard claims that the Italian coaches’ non-committal approach to staying in Turin has Juventus already looking for a replacement.

With his team 4-points clear and set to win yet another Scudetto title, though, it would be strange to see a Champions League contender and league winning manager leave for a side who may be outside of the Champions League.

While the article above does note that Luis Enrique is the Stamford Bridge sides first choice, his non-committal approach might put them off. With the aim of a new challenge in the back of his mind, Allegri may leave Juventus in the summer for a new opportunity in England.

Having recovered immensely from the negative image his post-Scudetto Milan side created, Allegri is noted as a tactical innovator and high level man manager. A move to Chelsea now appears to be on the cards, with Allgeri looking for a new opportunity to test himself having achieved multiple European finals and league title wins with Juventus.