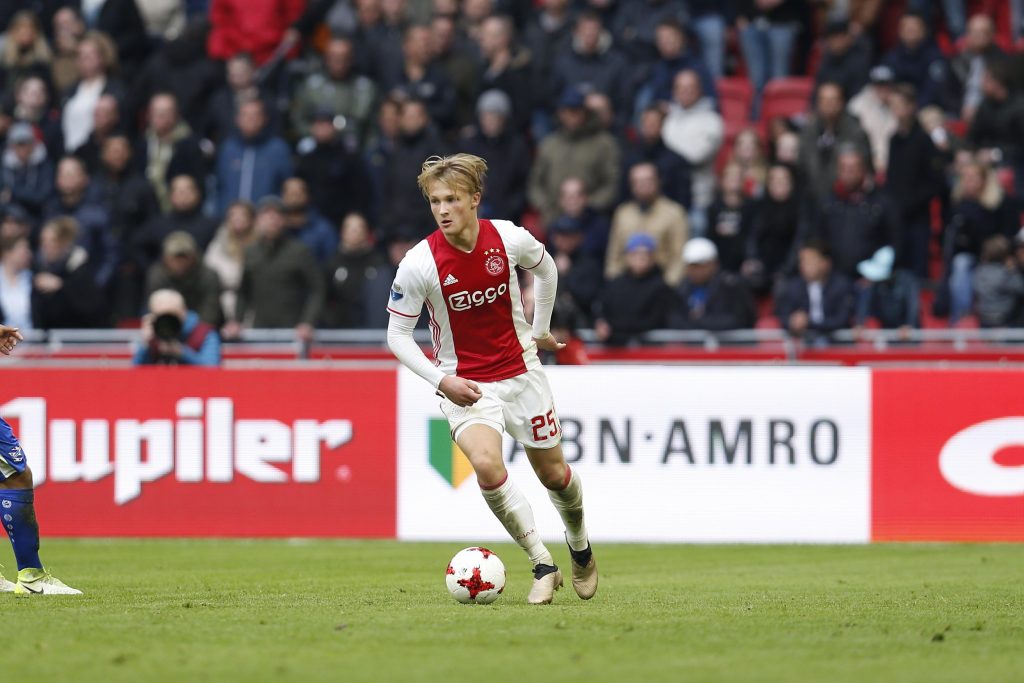 Having seen a large chunk of their top talent leave the club this year, it is fair to say that AS Roma is in major transition. For fans worried about where the replacements for all of this talent leaving the club is going to come from, the name of Danish forward Kasper Dolberg of Ajax should really help create some excitement.

At just 19, his agent has made it clear that Dolberg would find it hard to reject a move to Rome, and that the club has seemingly started negotiations with a bid of around €15m, according to Football Italia.

An exceptional first year in Amsterdam culminated in a UEFA Europa League Final. While Dolberg did not show up for the Final, neither did much of his team. In a team with even more talent around him, though, Dolberg could become an even better player. A whopping 16 goals in just 29 games last year in the league alone at such a tender age shows that Dolberg is already beginning to showcase his incredible talent.

With movement from the Eredivisie already happening in Rome, with Hector Moreno and Rick Karsdorp of PSV and Feyenoord arriving, another Dutch buy would not be a huge surprise. Dolberg is an excellent young player with an exceptional eye for goal and a brilliant movement far more mature than his tender age might suggest.

A move to Rome, though, could be a risky one. With club legend Francesco Totti out the door, alongside a gluttony of other big name players, Roma are down a lot of talent. Despite new Director of Football Monchi being a hugely impressive talent scout, replacing such a vast quantity of players could be hard work.

Putting the faith of a club whose fans are beginning to lose patience in the clubs’ ownership’ desire to always sell, too, is becoming more challenging. The return of young Roman Pellegrini is a start, but Roma is way back on their record-breaking squad from last year. Can they possibly recover from losing so much? It will be telling to see if Dolberg is the height of their ambitions.

An excellent young talent, too much at such a young age could be as damaging for his career – and Roma – as last year was beneficial.