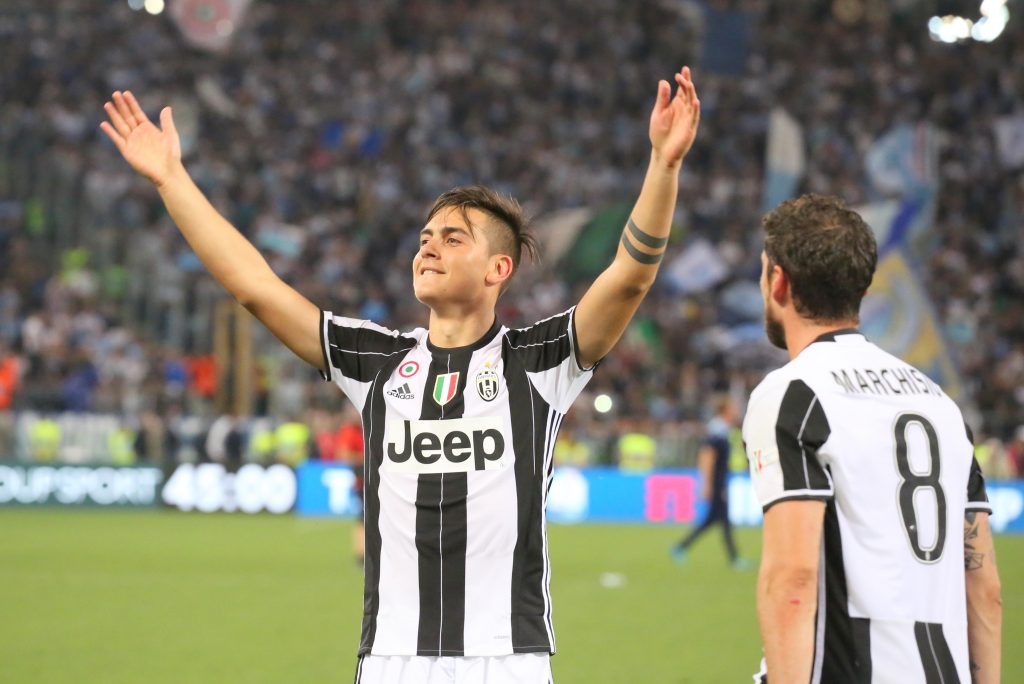 Just as most people expected ahead of this weekend’s Serie A football, Juventus won comfortable at home to Crotone in order to secure their 6th consecutive Scudetto, meaning they are once again the winners of the top Italian division in football. They did it with a lot of help from their bright prospect, the 23-year-old Argentinian wonder kid Paulo Dybala, who has been the decisive factor in many of their games this season. This was also the case in the game against Crotone on Sunday afternoon in Turin.

As we already mentioned, Juventus away from home eventually turned out to be the number too big for Crotone, who ahead of the match had seven games on the run without losing. After just 12 minutes of play, Mario Mandzukic could open up the goal scoring for the Turin club, and after that, there was no doubt who would win this match. The goal was scored after a low cross by Juan Cuadrado, where Mandzukic got on a wretched effort, sending the ball into the back of the net.

Paulo Dybala increased the lead half an hour later as he hit a magical free kick, completely impossible for Alex Cordaz in Crotone’s goal. The first half was a show of Juventus, who did not offer Crotone on any openings defensively.  The Brazilian wingback Alex Sandro put the nail in the Crotone coffin late into the second half when he headed a corner signed Dybala. Dybala who has been one of the standout players of this season’s Serie A and who is tipped to become a future Balon d’Or winner by many experts.

The win meant that Juve once again are the champions of Italy.  For Crotone, the race is far from over. As we mentioned they were on a very strong run ahead of the game and thanks to a very good spring season, the team still has got a chance to stay up ahead of next season despite a horrible start of the season where the newcomers only managed to pick up one point from the first nine rounds of play.

Crotone on 31 points will face Lazio at home in their last game of the season, whereas Empoli on 32 points will play the already relegated Palermo away on Sicily at the same time on Sunday. These two games will be the two most important and decisive games of the last round, that will decide which team that will stay up and which that will go down to Serie B ahead of next season. From Serie B, both SPAL and Hellas Verona have secured places into next year’s editions of Serie A. The last place to next year’s Serie A will be decided after playoffs between the teams placed 3rd to 8th on the table.

Follow all this weekend’s exciting last round of Serie A and the Serie B playoffs and make your bets on the matches here.