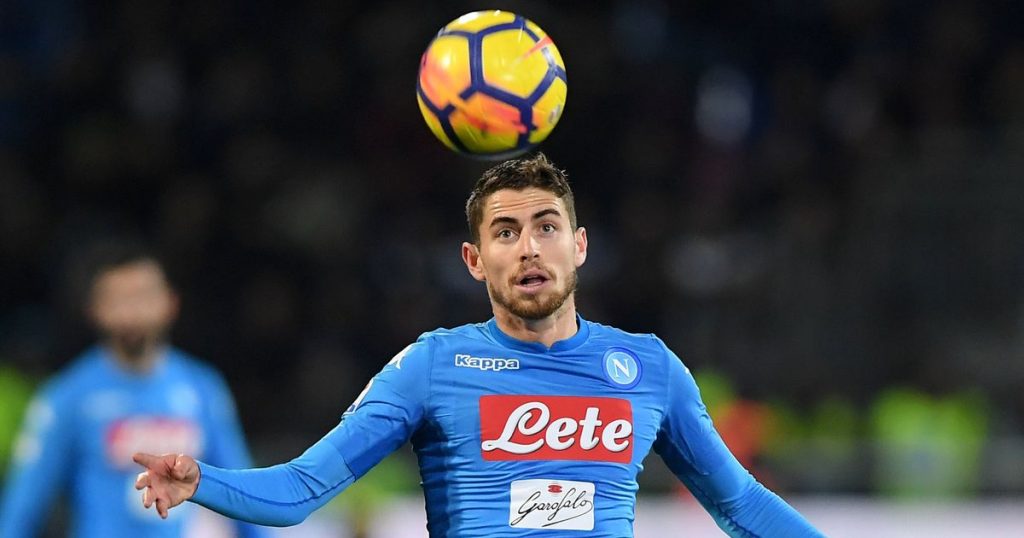 For a few seasons now, Jorginho of Napoli has been among the best midfielders in Europe. The Brazilian-born Italian international is a source of immense control and positivity on the ball. At 26, he’s established himself since his move from Verona and has become one of the most desired players in his position across the European game. However, one club that Jorginho has made it clear he has little intention to play for is English giants Manchester United.

Speaking to reports after drawing 1-1 with England at Wembley, courtesy of a late Lorenzo Insigne penalty, Jorginho made it clear where he seen his future – and it’s not likely to be at Old Trafford.

“I think the Premier League suits my game, but it also depends on who I have next to me because I need to be surrounded by players with certain characteristics,” he was reported as saying by Football Italia.

“There are teams in England who play the football I like, keeping the ball on the ground, playing a quick game with one-twos, pressing their opponents high up the pitch.

“If one of these clubs were interested in me, I’d adapt to them well and they could adapt to my way of playing, which isn’t so common.

“It depends on how many opportunities you have. If you have only one option then you don’t have a choice.

“If you have more than one then you can choose the one that’s right for you, your style of play and characteristics.”

Given United’ penchant for playing dour, defensive football under Mourinho, eschewing a possession-based game, it would appear that Jorginho does not see his future in that particular shade of red!