Is Vincenzo Montella Out at Milan? 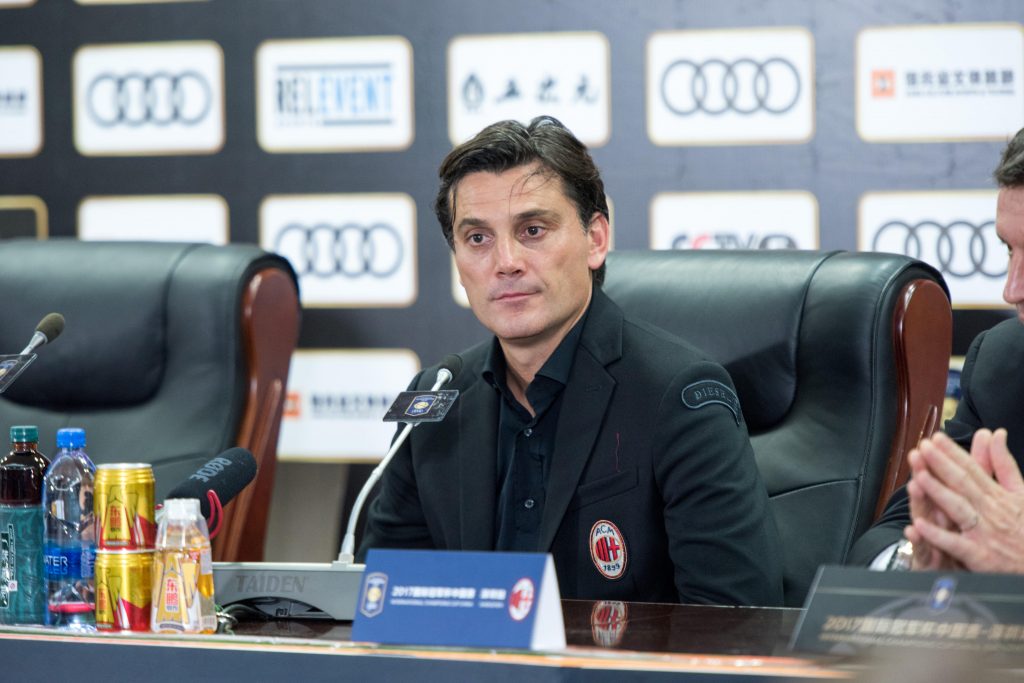 In the summer, we were very optimistic about the potential of AC Milan. With many smart and intelligent signings coming in through the door, it looked like the club was building a new style of club that could help them get back to challenging at the top of Serie A. Under coach Vincenzo Montella, we were sure they would be capable of making positive strides this year.

Well – it’s hands up time. We were wrong. In the last five matches, Milan have played – roughly – 60 minutes of good football. They were good in short spells against Roma, briefly dominated the Derby del Madonnina (before throwing it away with a ridiculous late penalty) and were alright for a brief period against Rijeka in the Europa League.

However, awful first halves against AEK Athens, Inter, Sampdoria and Rijeka has left fans worried. Poor periods in games and a complete lack of mental conviction has seen the team fall exceptionally far from what was expected of them at the start of the years. In the league, they are winless in three and have only scored 12 goals in 8 games. New signings like Andre Silva are struggling to fully settle in the league, and constant rotation from Montella has left the club in an awkward spot.

With so much talent, though, the question has to become more about Montella. Is he using his team right? At the moment, you would have to say no. Poor performances and utterly irregular inconsistency blots their play, and a total lack of cohesion from the sidelines in both selection, tactics and in-game changes has left fans wanting Montella out the door.

While it might be harsh to want a young coach to leave with so much upheaval, it was made clear that Milan had to make the Champions League to cover their spending. His total inability to help Leonardo Bonucci settle – moving to a back three that suits nobody else – has grated, while his pursuit of guys like Nikola Kalinic – who is yet to truly impress – has left some fans less than enamoured by the former Roma man.

In fact, only Andrea Conti – injured for the reason, horribly – and Suso can say they have made a good start to the season. Other signings like Lucas Biglia and Franck Kessie have done okay, but more has to be done to help the players settle in and become part of the team together. That new defensive signings Bonucci and Ricardo Rodriguez have yet to fully settle is another issue; the club is in a tight spot. Change now, and who do they get? Few top coaches are around. Keep Montella, though, and all that money they spent will begin to look very hard to recoup if, after year one, the project fails.