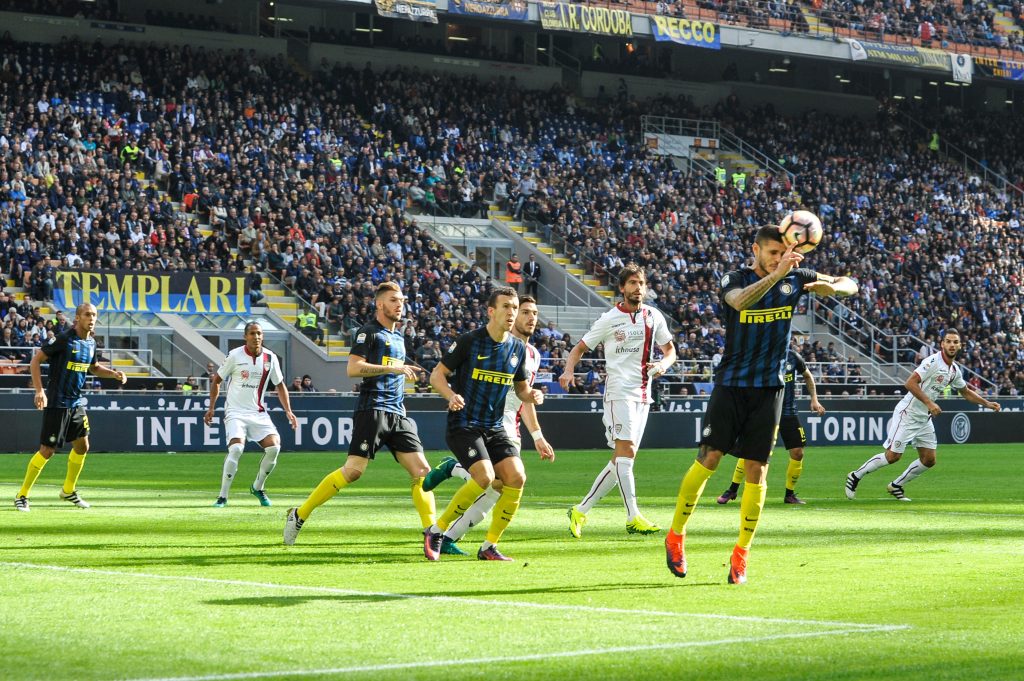 We love to take a look at clubs all around Europe, big and small. One club we always find ourselves keeping an eye on, though, is FC Internazionale, or Inter to many. The Italian giants are one of the most storied sides in the world, with European and domestic honours everywhere. Now financed by the Sunning Group, Inter were supposed to be able to make up the funding gap they have suffered since the peak of their Mourinho-driven treble win.

A Lack of Cohesion

For years since, Inter have leapt from idea to idea, project to project. The latest victim of being an Inter project for a few months was Frank de Boer, the former Ajax coach. Jetted in for just over 80 days, the Dutchman left with a poor record and a squad that was nowhere near fulfilling its potential on the pitch.

In his first conference as the Nerazzurri, though, de Boer stated he would need four months to get the team playing. After all, he was playing with Roberto Mancinis team, with just two weeks until the season began to get the team drilled. Losing his first game in charge was a bad start, but given he never even got those four months in the first place tells you all that you need to know about Inter and the project(s) being run.

The main problem comes from the hydra ownership. Erick Thohir is on his way out on one end, with the Suning Group coming on at the other. However, Erick still makes calls at present, and there’s even talk that Massimo Moratti might return as chairman for the new Chinese investment.

Safe to say, these are worrying times for Inter. With too many projects being put together all at once, the squad has the makings of being put together by multiple groups. Some great talent but a shocking second string, relative to the quality Inter should have.

Even worse, the defence has been left to try and patch itself up. Joao Miranda and Jeison Murillo are fine players, but they don’t make a good Calcio partnership. With money spent on goals – not least the almost invisible Gabriel Barbosa – instead of stopping goals, Inter are in a weird position. They have attacking players but never hire a coach that knows how to use them.

They lack defensive quality yet bring in coaches who are so vulnerable they need a quality defence to plug the gaps. As such, the air at Inter stinks.

Throw in the fact that club captain Mario Icardi has fallen out with the ultras, and you have a major problem. With the club making little progress commercially and still no information on what the club is going to do regarding the San Siro/Giuseppe Meazza, it’s hard to see where the vision is for Inter.

What is one of the most traditional and typically grandiose of football clubs is, at present, being run like a tiny provincial outfit with nobody having a clue what to do. For Calcio to find its true feet and power in football again, traditional giants like Inter need to adjust – and fast.