Improved Inter seals a late point in the derby 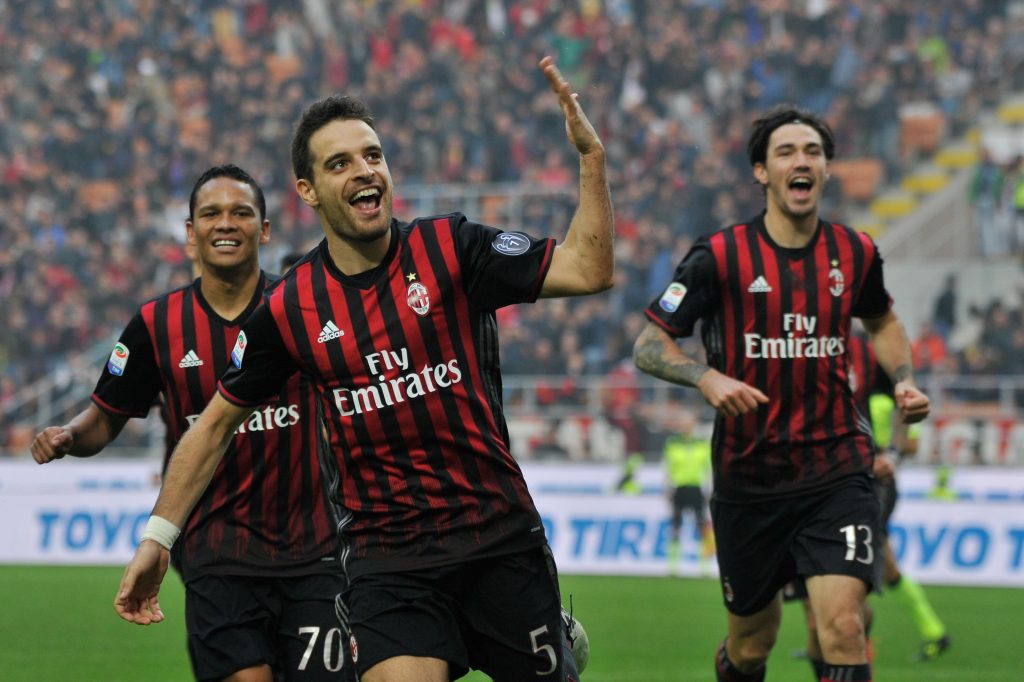 Il Derby della Madonnina took place on Sunday night in front of a sold out San Siro Stadium in Milan. AC Milan took on Inter Milan in one of the most exciting Serie A matches of the season so far. Stefano Pioli made his debut as Inter coach, following the sacking of Frank de Boer just before the international break. He saw his team take control of the game from the very first minute, not at least by the two central midfielders Geoffrey Kondogbia and Joao Mario. The blue and black away team pressed AC Milan high, and created many chances – but did not get the rewards they deserved. Instead it was Milan and Suso who capitalized on Giacomo Bonaventura’s cross from the right and put 1-0 in the net behind Samir Handanovic.

After the break, the game opened up. Antonio Candreva equalized for Inter with a very beautiful and powerful long shot. He had previously made several attempts before he finally bombed it high behind Gianluigi Donnarumma. Inter’s joy was however short-lived since Carlos Bacca found Suso in the penalty area and the Spaniard did once again bring Milan to the lead. After the 2-1 goal Milan looked more confident, but with less than two minutes left of extra-time Inter got a corner on which Ivan Perisic, showed up at the far post and managed to seal one point for his team. The game ended 2-2 and the first signs of Piolo’s reign indicate a promising future for Inter.

The reign champions Juventus took their 11th win on Saturday after an easy victory at home against newcomers Pescara. Despite resting some of the key players such as Gianluigi Buffon and Claudio Marchsio ahead of this week’s Champions League match against Sevilla, “The Old Lady” did not have any problems and the game ended 3-0 after goals by Sami Khedira, Mario Mandzukic and Hernanes.  After seeing Roma lose to Atalanta quite surprisingly on Sunday afternoon, Juve are now in a comfortable 7-point-lead and looks to be on track to sealing their 6th consecutive league title.

Atalanta who started off their season badly with four losses in the first five games, are now undefeated in the last eight league matches with seven of them being wins. With a number of exciting young players, including 19-year-old Frank Kessie and Italian international Roberto Gagliardini the Bergamo club are set for an interesting continuation of the season. Based not very far outside Milan, the club have been mostly known for producing and/or nurturing young talented players such as Christian Vieri and Filippo Inzaghi, just to mention a few, and this year it looks like the small club can challenge much bigger one’s for positions that leads to European football next season.

Right now Atalanta are seven points ahead of Inter, which is something quite unusual from a historical perspective. Will the new coach Pioli be able to follow up the promising start and guide Inter back to the top positions and will Atalanta continue to prove the experts wrong and for once be a top team this year? Follow all the action from Il Calcio here on Daily Seria A and place your bets on this weekend’s games here.