Gigio Donnarumma – What Next? 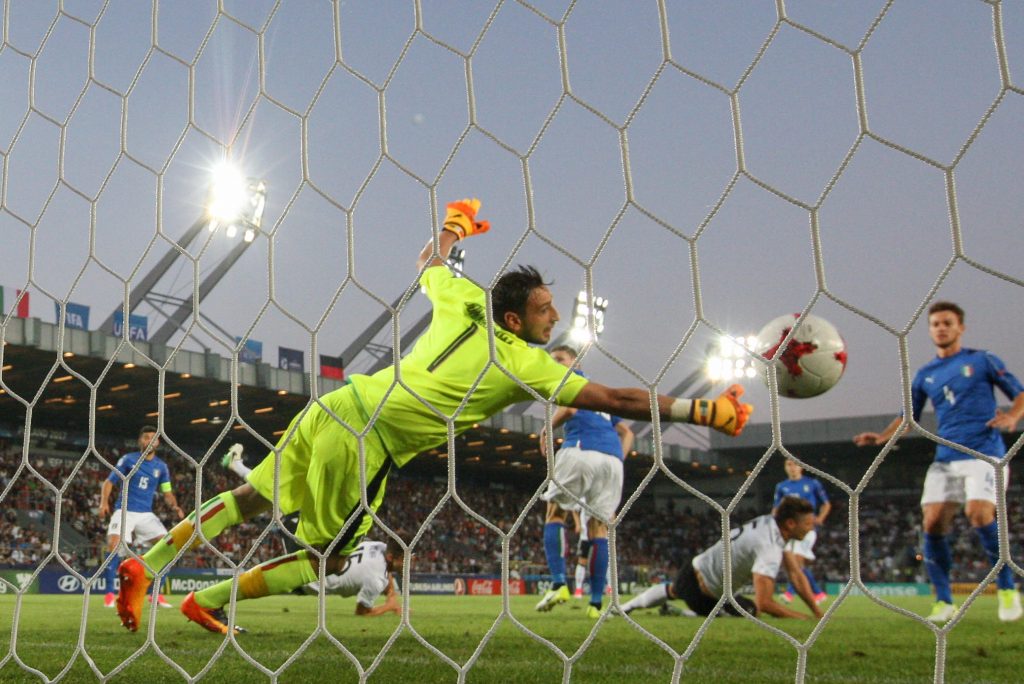 This week, AC Milan and Italian football supporters were shocked to see Italian prodigy Gigio Donnarumma knock back a new deal. With a year to go on his current contract, the thought of one of the best young keepers in the world – who made his Milan debut at 16 – leaving the club on a free was a sickener. Under the tutelage of controversial agent Mino Raiola, though, there was no means of knowing who was making the message.

The last few days, then, have seen a huge change in the message. After the announcement was made, the backlash was huge. Gigio himself was subject to abuse during the Italy U21s game in the U21 European Championships in Poland. A Milanese Polish supporters club threw fake money at the boy, further creating a chasm between player and fans.

His agent then gave a host of inflammatory interviews where he accused the clubs’ leadership of trying to force the teenager to sign or sit in the stands. Quickly, though, this message was refuted by the professional Fassone and Mirabelli of Milan. Both men were clear: no threats were made, and the change in tone in contract negotiations were not down to the player himself.

Now, rumours exist that Vincenzo Montella, Milan coach, has met with the players’ family and that his father made it clear there was no intention to leave. Now, it’s likely that Raiola will give the club a second chance in negotiations which he claims were made to feel fraught and forced.

With the talk of a large release fee being entered to suit both parties, rumours are abound of both an extension or – most interestingly for Milanisti – a split from player and agent. A lifelong Milan supporter, it’s unlikely that Gigio will still retain the same love and affection from the fans that he had at the end of the season.

A passionate outburst at a loss to Juventus and badge kissing antics after a 2-2 draw with Internazionale, alongside incredible performances, endeared the young Neapolitan to the clubs fanbase. This latest move has gone some way to sour that, though, and it will take a huge amount of work to repair the damage done.

If the rumours circulating of a renewal and an apology, or even a split from agent, are true, then it makes a good start to putting this fairytale career back on track.