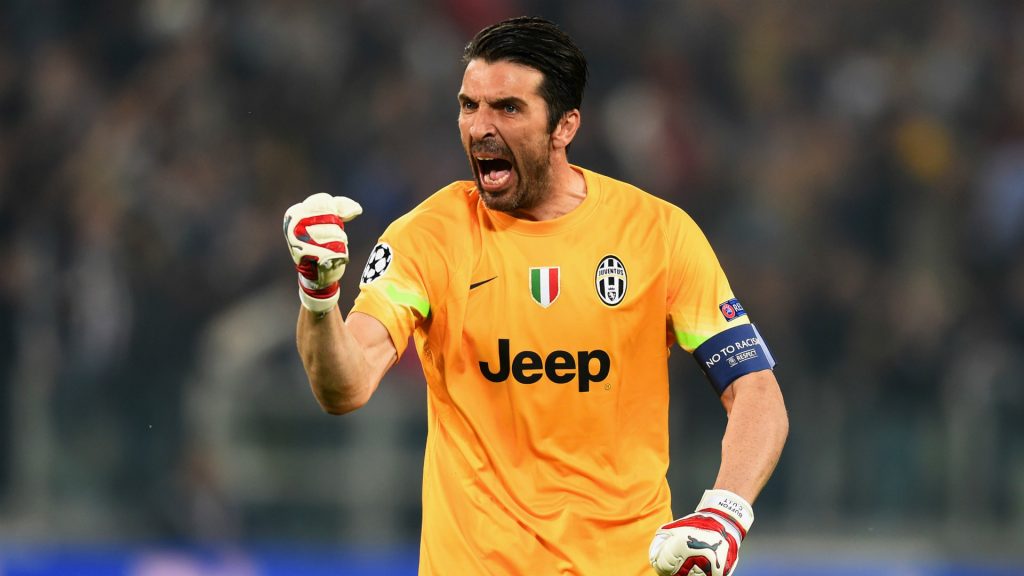 Gianlugi Buffon made his senior debut as a 17-year-old for Parma against Milan in a 0-0 draw. 22 years and 998 games later, he once again lined up in goal when Italy against Albania in this weekend’s World Cup qualifiers. In a somewhat tricky game that Italy managed to win by 2-0 after goals by Daniele De Rossi and Ciro Immobile. In the friendly on Tuesday night, Gigi sat on the bench when his predecessor Gianluigi Donnarumma guarded the goal in the 2-1 win away to Netherlands. Donnarumma has just like his hero Buffon made an early debut and is regarded as one of the biggest talents in the whole world.

Having won the World Cup in 2006 and 8 Serie A titles, “Gigi” is a living legend and considered to be one of the best goalkeeper of his generation. He has promised to keep on playing until the World Cup next year, but doesn’t rule out to continue after that if he’s body stays fit. Buffon is still missing a Champions League title, which he admitted is one of the things that keep him motivated to continue. If Juventus can manage to get by Barcelona in the quarterfinals this might be the year for Juve and Buffon. But first he needs to stop Neymar, Suarez and Messi that managed to score six goals against PSG.

This weekend Buffon and his Juventus travel down south to Napoli at San Paolo Stadium in a top game, where Gonzalo Higuain makes his return after his big money move to the rivals Juventus this summer transfer window. The game is played on Sunday night, as is one of the most interesting games in this round of play, where Juventus can take important points in their quest for the league title and Napoli could get closer if they manage to win.

Another interesting match is the one on Saturday night between Sassoulo and Lazio, where the away team can take a step closer to Champions League if Napoli fails to beat Juventus on Sunday. Lazio has been a positive surprise this season and lead by their Italian international striker Ciro Immobile (17 goals) they now have seven league games unbeaten and the possibility to qualify for Champions League football for the first time in a number of years, now looks very realistic.

Also Lazio’s bitter rivals Roma are looking to qualify for Champions League this season with a must-win home game against Empoli later on Saturday night. With the Milan teams dominating Serie A for a number of years the power has now shifted back a little bit to the Rome teams and the capital once again looks like a possible capital of football as well.

Serie A are now entering the most interesting stages of the season with a lot of things to be decided over the next couple of rounds. Follow this weeks Serie A action and find the best and most interesting odds here.