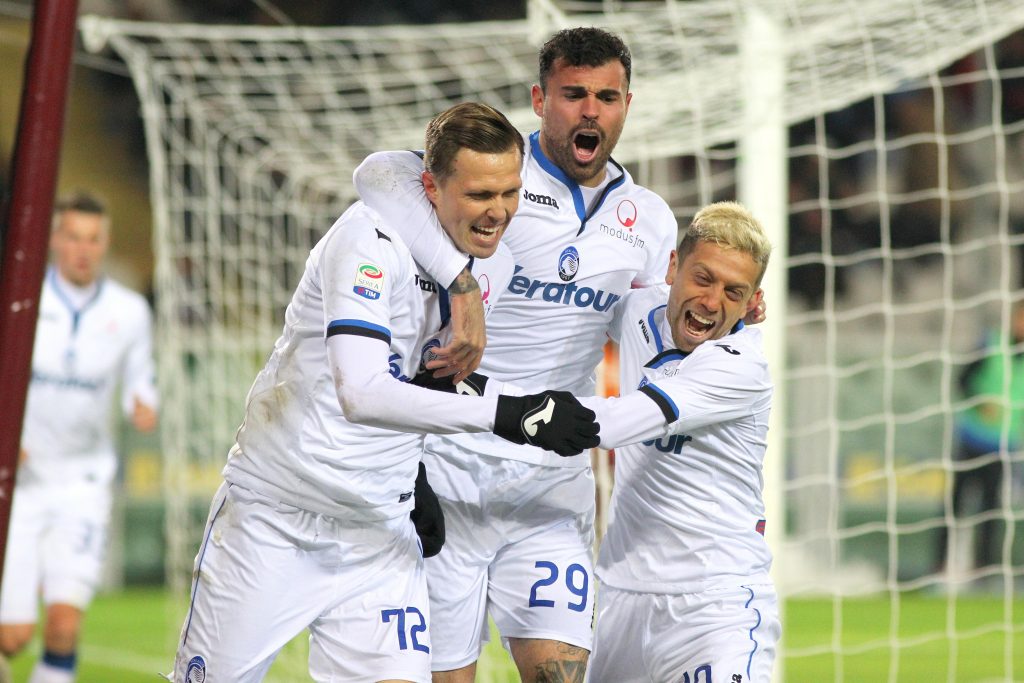 Nessun Dorma comes readily to mind when thinking about the week Atalanta have just had. If the fans look a little tired at the moment it’s because no one got much sleep.

As the team returned from Naples in the early hours of Thursday morning, thousands of them turned out to give the players a hero’s welcome. The night before Atalanta had beaten league leaders Napoli in their own backyard, a team celebrated as one of the best in Europe by Pep Guardiola, reaching the semi-finals of the Coppa Italia for the first time in 22 years. “We deserved it and I’m not afraid to say it,” a delighted Gian Piero Gasperini told RAI.

It wasn’t long though until Atalanta found themselves back on the road again. This time to the Eternal City where Roma awaited. For a squad of Atalanta’s size it seemed like a tall order for them to be fresh enough to go again against last year’s runners-up in Serie A. And yet despite naming eight members of the same team that dumped Napoli out the cup three days earlier and having to play more than 45 minutes with 10 men, Atalanta improbably triumphed again.

Asked if the team could expect the same homecoming crowds as they received at 2am on Thursday, Gasperini said: “I imagine so because in Bergamo at the moment all it takes is one person to send out a little message and half the city sets out for Orio.”

Orio, in case you’re wondering, is the airport Atalanta fly back into. And just as Gasp predicted, the ultras held quite the welcome party. Three thousand Atalantini lined the street. Flares were let off. Chants filled the air. Three different generations of Atalanta fans were out in force. An experience they all considered simply too good to miss.

Most people predicted Atalanta would fall away this season. While the team that finished fourth last year was not broken up, it did lose players considered revelations. First Roberto Gagliardini in January, then Franck Kessie and Andrea Conti over the summer. In the meantime Juventus closed a deal with Mattia Caldara for next season and unsettled Leonardo Spinazzola by making no secret of their wish to bring forward his return from a two-year loan spell. As if that wasn’t already enough, Caldara’s successor Alessandro Bastoni will not even get the chance to succeed him: Inter have arranged for him to follow Gagliardini to San Siro.

Also contriving to make regression inevitable was the sufferance caused by participation in the Europa League. Recent history has taught us that just to qualify in the first place can lead teams to overreach. Parma and Genoa lost their place in the competition for financial irregularities. Samp failed to reach the group stage and disappointed in Serie A the following year. Torino enjoyed a memorable European tour in Giampiero Ventura’s last hurrah but at the expense of their league form. And as for Sassuolo, the limits of their squad depth were laid bare for all to see. It was too attritional. In each case at this time of the year, they all found themselves in the bottom half.

Atalanta, however, are seventh, exactly where they were after 20 games last season. They topped a Europa League group that included last season’s semi-finalists Lyon and Everton, a team that spent £142m in the summer. And while we’re on the topic of big spenders, think back to all the pre-season hype around Milan and the squad they were assembling for an even greater sum. Atalanta also beat them at San Siro just before Christmas.

The significance of it all is that Atalanta, for now at least, still have three routes into Europe next season. They can win the Coppa Italia. And besides, if they fail in that endeavour their current league position will be enough for them to make it anyway, providing, that is, the winner of the trophy has already booked their own place in either the Champions League or the Europa League.

With regard to the Europa League, Andreas Cornelius puts their chances of winning it at 10%, which is pretty slim but better than nothing, and as Gasperini said on Saturday the confidence and maturity within the team is such that there is the feeling “we can get a result against anyone.” Including a Borussia Dortmund side that remains out of sorts.

You can’t help but marvel at how the club is run. Not only is it sure in its identity, the coach is too. Atalanta have long been the nursery of Italy. Producing talent is their trademark. As for Gasperini, his is giving it a chance and helping the next generation fulfil its potential. To give just one example, Gagliardini went from being a benchwarmer on loan at Vicenza to a €28m player in less than six months. Bright prospects thrown onto the scrap heap by the big clubs – take Petagna and Cristante for instance – have been turned into gold. It’s why Gasperini makes the most logical choice to become the next Italy manager.

Whether the international game would grant him enough time to implement his own complex system, a 3-4-3 interpreted like no other, unique on the European scene, is the one reason for pause. What Atalanta and Gasperini seem to have created is a model that, while quintessentially Bergamasco, also bears resemblance to those of greater renown at Athletic Bilbao and Ajax.

The Dea deserves more than just extended applause. She merits study. Like master distillers blending a whisky Gasperini and Antonio Percassi have managed to draw out the very essence of the club into so powerful a mix it packs a punch capable of knocking out the big boys.