Emre Can Tempted by Turin? 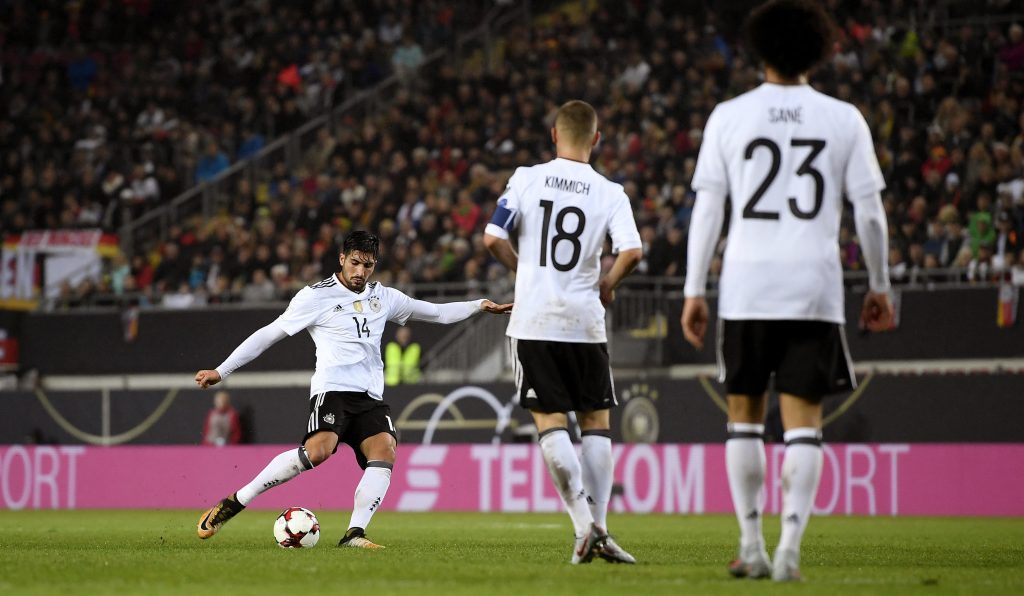 Having now moved into the last 8 months of his deal, Liverpool fans and officials are sweating over the future of German midfield maestro Emre Can. With many believing he would jump to sign up for Jürgen Klopp and stuck around at Anfield, the slow pace of contract talks has meant that fans are now worried he’ll leave for nothing at the end of the season.

He didn’t help himself with comments made after a win against Azerbaijan with Germany, a game in which he scored an outstanding goal and put himself in a starting spot for Germany.

Having seen him as a long-term replacement for the likes of Sami Khedira, it appears that Juventus are desperate to tie down the German before he agrees to keep himself in Liverpool. Given he signed for the Reds in a cut-price deal that infuriated Bayern Munich, there should be no surprise that Can is always looking out for himself – and rightly so.

According to ESPN, Can was quite open about the possibility of a move to England.

“It’s always an honour to receive an offer from such a renowned club, but currently I am only focused on the season with Liverpool,” he said “My agent takes care of the rest.

“The Premier League is just a really cool league, the most interesting in the world, but you must always respect other big clubs and leagues.”

Having started the season in fine form, to lose a player of such power and poise would be a massive hit for Liverpool, and for Klopp. The agreed signing of Naby Keita and a glut of midfielders who can play in his position, though, might leave Can wondering where he will play.

Rumors claim that Cant wants a release clause in his new contract to avoid being held back from moving on if he decided to. Talks will continue, but the appearance of a two-times Champions League finalist and consistent league winner in Juventus will leave Reds fans worried.