El Pipita on fire again as Juve edges closer to the title! 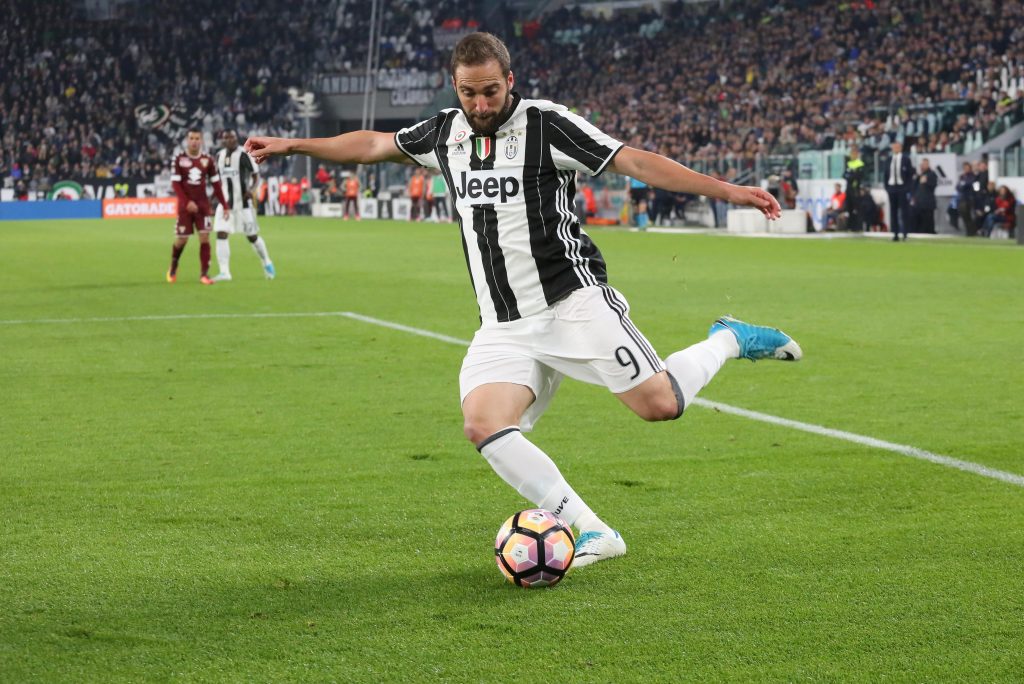 Gonzalo Higuain was by far the most expensive signing in the history of Juventus Football Club, when he was signed this summer for €90m from their bitter rivals Napoli in a high-profile deal. After somewhat of a slow start, the 29-year-old Argentinian has really picked up pace lately and the two goals away to Monaco in the Champions League last week was exactly the reason to why the club decided to pay the club-record fee to bring the striker up north this summer.

This weekend he once again came to the rescue for Juventus when he came on as a substitute and scored the stop time 1-1 equaliser in the club’s derby against Torino. Torino had before that scored one of this season’s most beautiful goals by a free kick from Adem Ljajic. Juventus did play a second string team and with their sights on the big game against Monaco this week, a draw in this Turin derby was not seen as a big disappointment.

After three seasons and 71 league goals for Napoli Higuain or el“El Pipita”, the little witch in English, moved to Juventus in order to compete for the league and Champions League titles. With three rounds to go in the league and a seven-point gap down to second placed Roma, the league seems to be almost secured and with a two goal lead ahead of the second leg vs Monaco, it looks like Juve and Higuain might face his old club Real Madrid in the Champions League final at Millenium Stadium in Cardiff on the first weekend of June.

Another club that are having a successful season are Lazio, who under the guidance of their former player Simone Inzaghi seems to be on track to do their best season in years. After a couple of stormy years at the club, it seems like Inzaghi has finally created a strong team, with a lot of talent in the squad. With three games to go, it is still possible to qualify for next seasons Champions League, although it might be a little bit to far up to third placed Napoli. On Sunday afternoon, Lazio did their best to close the gap, when they played one of the craziest games of the season when they won against Sampdoria at home with 7-3.

Keita Balde scored the first goal of the 10-goal-battle, and it was his sixth goal in the last three matches for Lazio. The young Senegalese looks to be on the radar for many big clubs this summer and it is very unlikely that he will still be at the club, come the start of next season. After starting out in the Barcelona youth academy, Balde is now making his fourth season in the Lazio senior squad and after scoring 14 league goals this season, he looks ready to move on to the next step of his career. Premier League clubs such as Liverpool and Tottenham have been mentioned as possible destinations and Keita Balde is definitely a player to watch in the future.

This weekend, Lazio play a tough away game to Fiorentina on Saturday whereas Juventus and Higuain first play their second leg against Monaco in the Champions League on Tuesday night, and follow that up by playing Roma away at Stadio Olympico late on Sunday night. Will Juve manage to secure their seat to the Champions League final and win the league on the same week? Get all odds for this week’s exciting football in Europe and Italy here.