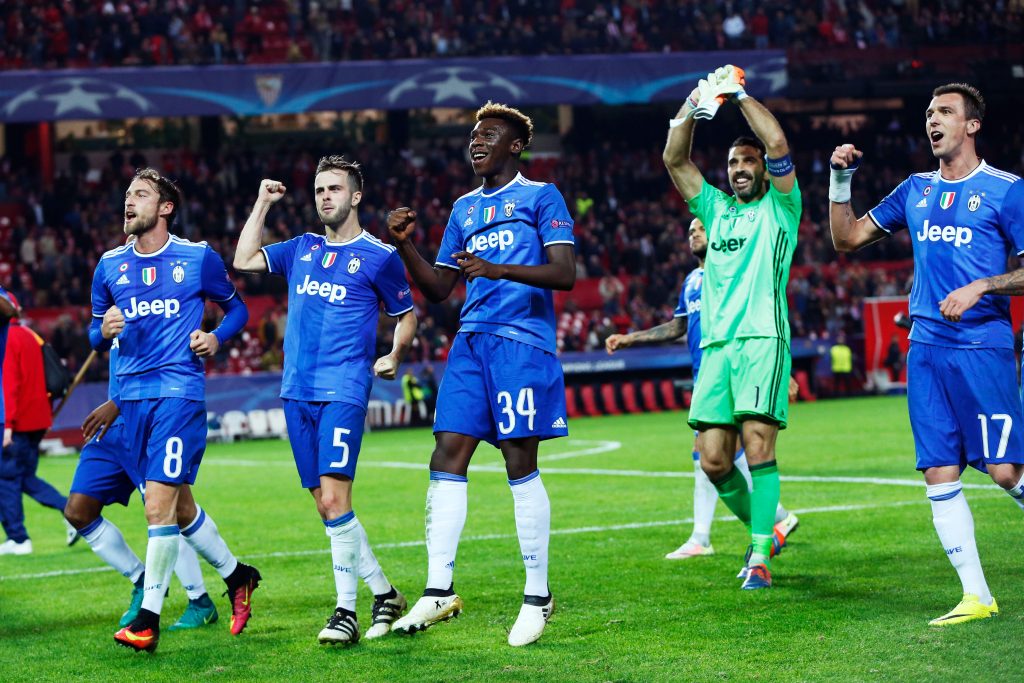 After a week filled with European cup action, Il Calcio was once again back with a round of very exciting fixtures this weekend.

Juventus, who looked to be on track to fly away from the competition and secure another league, lost their third away game of the season this Sunday when they went away to Genoa. Despite some great saves from veteran goalkeeper Gianlugi Buffon, “La Vecchia Signora” could not resist the Genoa attacks in the first half and was down 3-0 in half time. Miralem Pjanic scored a consolidation goal for Juve but the game ended 3-1. The big man of the match was Giovanni Simeone who scored two goals for the home team.

Giovanni, who is the son of the Atletico Madrid´s manager Diego Simeone was once again the Genoa manager Ivan Juric’s first choice for the central attacker position, with his main competitior Leonardo Pavoletti out with a knee injury for the next month. His father Diego, nicknamed “El Cholo”, played 106 international games for Argentina during his playing career and has after his retirement guided Atletico Madrid to one La Liga title and two Champions League finals as a coach.

Whereas Diego Simeone was a strong and powerful central midfielder, his son plays further up the pitch as an attacker. Giovanni grew up playing for the classic Argentinian club River Plate but struggled to break into the first team and it was first during his loan spell at Banfield last season that he got his real breakthrough. The 14 goals scored during the year at Banfield were enough to convince Genoa to sign him this season. After a slow start to his Italian adventure, “El Cholito” has really picked up pace lately with this weekend’s two goals not only being his third and fourth Serie A goals, but also the most important.

With Juve dropping points, there is a now a whole bunch of clubs chasing them behind. The leader of that crowd is now Roma, who struggled at home to Pescara this weekend, but managed to walk away with 3-2 win, much thanks to two goals from the league top goalscorer Edin Dzeko, who was assisted by Diego Perotti on both goals. Perotti who scored one of the contenders for goal of the season after scoring a “Rabona” kick, with one feet behind the other leg, against Viktoria Plzen in Europa League on Thursday night.

On the same point as Roma in the table, but with worse goal record, the resurrected AC Milan are finally back competing for the top spots again. Inspired by Gianluca Lapadula and Suso, Il Rossoneri won 4-1 away to Empoli, making it seven wins out the last 9 matches. Another team moving in the right direction is AC Milan’s local rivals Inter Milan, who secured their first win under new coach Stefano Pioli on Monday night, after an exciting 4-2 game against Fiorentina. It might be too late for Nerazzurri (the black and blue) to challenge for the league title, but considering the quality of the squad, we will at least expect them to push for the European cup positions at the end of the season.

This weekend we can look forward to a number of exciting games, including Inter – Napoli, Juventus against the surprise package Atalanta and last but not least, the Rome derby between Lazio and Roma! Plenty to look forward to! Find the best odds and place your bets here.