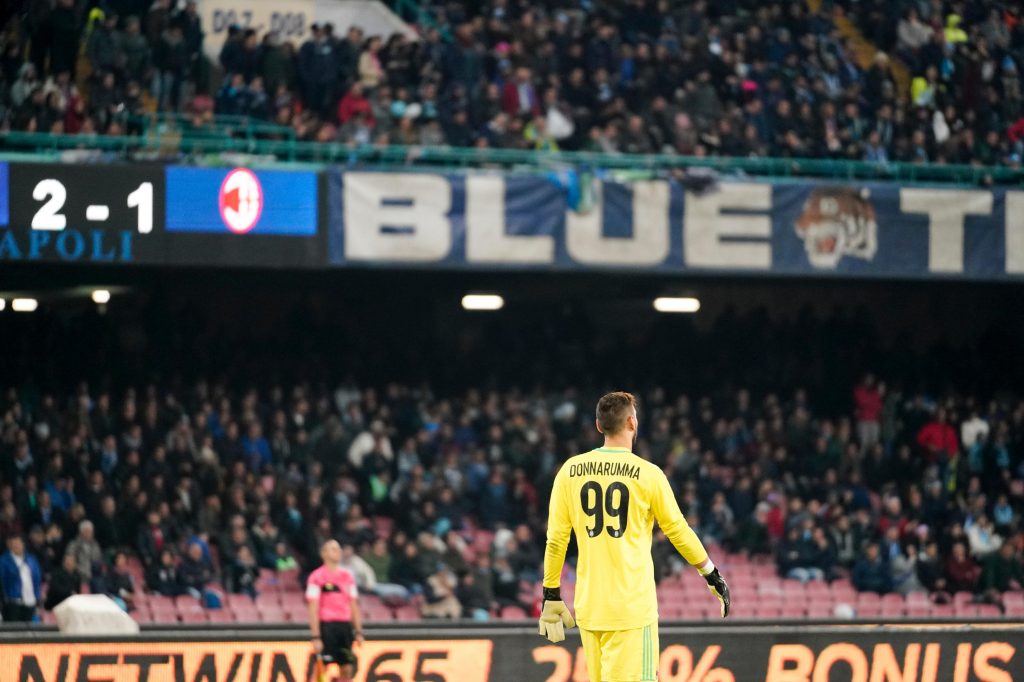 After news broke that Gialuigi Donnarumma was “forced” to sign a contact without a release clause without his agent present, agent Mino Raiola wanted to rip up the contract. Given he is only 18, the Italian has been shown immense faith by AC Milan and signed said new deal in the summer for an eye-watering sum of money until 2021. The fact the club even signed his brother, Antonio, from a mid-table Cypriot side, shows their commitment to try keep him happy.

However, rumours floated around that he was pressured into the extension and now Raiola was looking for a way to tear it up and move to either Paris Saint-Germain or Real Madrid on a free. Milan fans, having struggled to keep their cool with the situation in the summer, were brutal when Milan recently played against Verona in the Copa Italia.

Despite winning 3-0, the abuse handed out to ‘Gigio’ was quite significant – with the fans demanding he goes alongside his ‘parasite’ brother. The words were strong, and it actually left Donnarumma in floods of tears on the pitch. Captain Leonardo Bonucci stepped in to try and console the youngster after the event.

After a few days of back and forth rumour mongering, as in the summer, the youngster stepped forward to deliver a message via his Instagram, saying: “It was a bad evening, one I did not expect,

“I have never said or written that I suffered moral violence when I signed the contract.

“Despite everything I look forward with my head focused on the next game. Forza Milan!”

It’s a very interesting take, though, and might go some way to show Milan fans that it’s hard to gauge who is in the right or wrong here. For our part, he’s a young lad who is with one of the most explosive agents in the world, and an agent who feels like he has poor relations with Milan. A breakdown like this was always likely at one stage.

However, with rumours now also swirling that the young Italian international is going to break from Raiola per his family’s request, it’s hard to know where the truth lies in a tale that’s really diluting the quality Donnarumma has shown he has to offer.