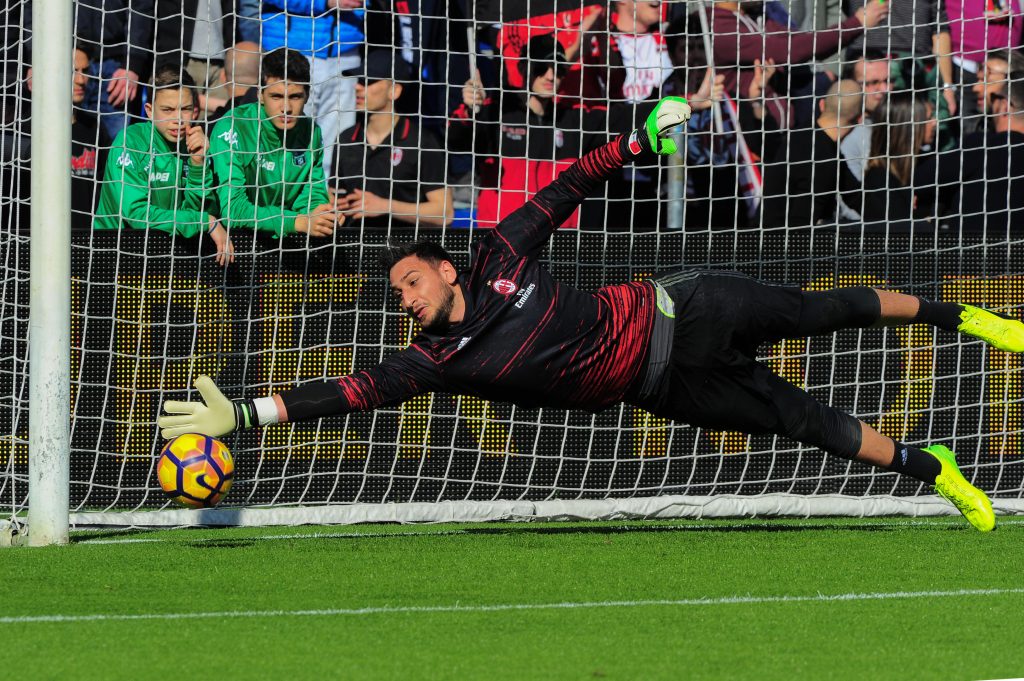 Gianluigi Gigi Donnarumma was given the chance to make his debut for Milan last season as a 16-year-old and has since developed into being one of the world’s most hyped players and a top class goalkeeper already at a very early age. The similarities to Gianluigi Buffon are many and most people predict young Donnarumma, whose older brother guards the goal for Genoa in Serie A, to become the new Italian number one after the 2018 World Cup.

He made his debut in what will be a home victory against Sassuolo after three straight matches without a win for Il Rossoneri. A debut that resulted in Diego Lopez who just one year earlier was signed as a high-profile signing from Real Madrid, never made another minute in the Milan shirt. He has ever since proved he to be a top goalkeeper with a number of great performances and astonishing saves and has been seen as the main part of the future for AC Milan.

However, during the last week, the fans have fallen out of love with the young goalkeeper after his agent Mino Raiola clearly stated that he will not sign a new contract after the current one that expires in the summer of 2018. Big clubs such as Manchester United, Real Madrid and the rivals Juventus have been mentioned among the ones competing for his signature and this decision has caused a lot of fury among the Milanistas.

Donnarumma who right now is in Poland and play for Italy´s under-21 side in the European Championship has been receiving threats from the disappointing fans and the exit now looks inevitable. Whether it will be to Juventus or another club is still yet to be decided. No matter what, the Milan fans will forever hate him but there is no doubt that Donnarumma will become one of the top goalkeepers in the world over the next 15-20 years.

Some of the fans in the stadium did mock Donnarumma during Italy’s under-21 opening match versus Denmark on Saturday night, but despite this, he managed to keep a clean sheet when Italy beat the Danes by 2-0. Italy, who are one of the tournament favourites together with Spain and Germany, took the lead by from Sassuolos Lorenzo Pellegrini, followed up by a late 2-0 goal from Andrea Petagna. The Italians will tomorrow (Wednesday) play the 2nd game against the Czech Republic and then play the third and final group stage game against Germany, in what looks to be the group final.

Some of the notable players in the Italy squad in this year’s edition are Atalanta’s, Andrea Conti and Mattia Caldara, the previous mentioned Donnarumma and last but not least Domenico Berardi who is expected to finally make the move from Sassuolo to one of the powerhouses of Italian football this summer, with Roma, Juventus, and Milan all being mentioned among the suitors.

Make your bet on Italy and the other teams competing for the Euro under-21s glory in Poland this summer.