Despite World Cup failure, Italy have a talented pool of players 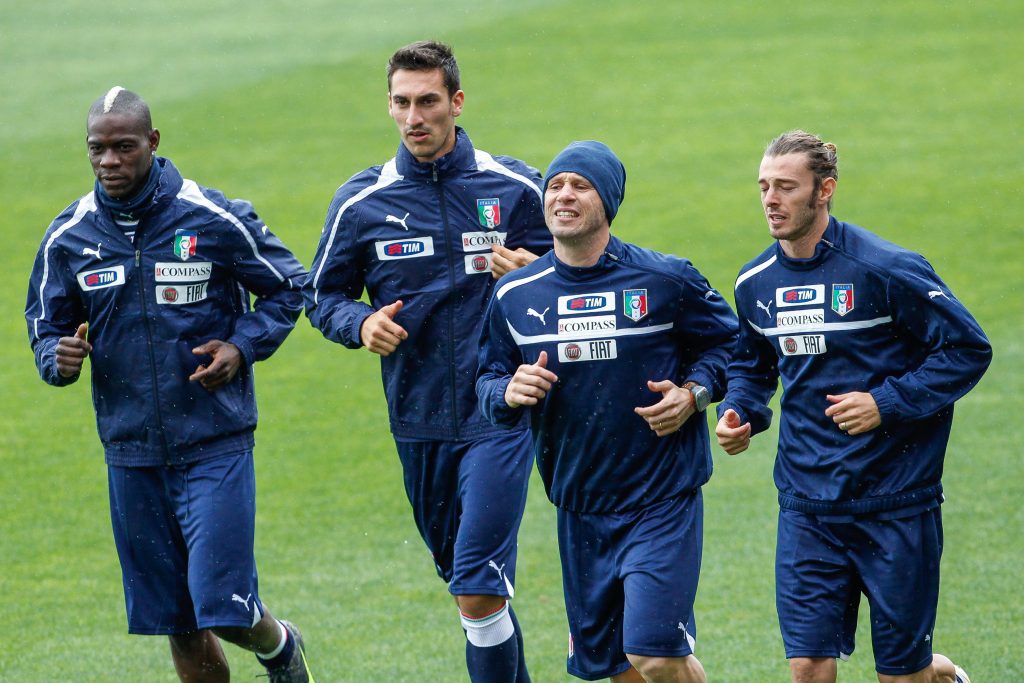 Friday’s defeat to Argentina was hard to take for Italy. They weren’t expecting to win. The Azzurri haven’t triumphed over the Argentines in more than 30 years. But the performance and manner of their defeat at the Etihad disappointed. It confirmed there is no quick fix to Italy’s problems.

Playing the role of sparring partner hurt their pride. As did Argentina’s treatment of them as second class citizens. Rather than pick his strongest team, Jorge Sampaoli chose to experiment with a back four and kept his stars in reserve for Tuesday’s more meaningful friendly in Madrid against Spain.

Luigi Garlando summed up the mood in La Gazzetta dello Sport. Italy were “beaten by Tagliafico and Lanzini’s Argentina, not Messi and Aguero’s. They were on the bench sneering [at us] and sending text messages. How tragic.”

Caretaker manager Gigi di Biagio was expected to take a few more risks on the night and  blood some of the youngsters he’s worked with at Under-21 level. But it was more of the same. Seven members of the team in Manchester were present on that fateful night at San Siro against Sweden in November and still look haunted by it.

The simple act of playing Marco Verratti, Jorginho and Lorenzo Insigne is not an instant cure and for all the debate generated by Gigi Buffon’s re-call it was telling that, in this moment of transition, Italy’s best player remains their 40-year-old captain.

Patience is required and you get the feeling the Azzurri will only truly move on once the World Cup is out the way. Which isn’t to say this interim period should go to waste. The team may look in limbo, but the FIGC is using this time to reflect on who to entrust it with and what reforms to take. Conversations are being had about returning Serie A to an 18-team format, introducing B teams to give kids more meaningful experience, making investing in youth development and infrastructure obligatory, and redressing the balance of power within the FIGC assembly to make the game easier to govern.

How much of that actually gets done remains to be seen. Arrigo Sacchi, for one, hopes it’s more than just playing to the gallery.  For now the focus turns to England and whether di Biagio can end this international break on a positive note. He needs to if he is to have any possibility of winning the job on a permanent basis. The FIGC have tried to preserve the idea that he has a shot. But it’s evident that di Biagio is a contingency.

“We’re obliged to go after the best,” Roberto Fabbricini, the FIGC’s emergency commissioner, explained on Friday night. His deputy, the former Milan centre-back Billy Costacurta was a bit more diplomatic the following day. “If there’s the chance to appoint a better manager than Gigi we’ll take it. But there aren’t many of them,” he said.

At least we now have a timeline. “You’ll know who the new manager is on May 20,” Costacurta revealed. Europe’s top five leagues draw to a close that weekend which is significant because the FIGC don’t want to be seen to tap up anyone currently in employment.

The favourites remain Ancelotti, Conte and Mancini but much will depend on Costacurta’s pitch and how convinced the candidates are that he can deliver the kind of changes to make a difficult job that little bit easier.

Returning to the present, more courage would not go amiss from di Biagio at Wembley. In one respect his hands are tied. Injuries to Alessio Romagnoli and Mattia Caldara preclude us from getting a peak at Italy’s centre-back pairing of the future. But di Biagio can still get creative and take advantage of Mattia de Sciglio’s versatility to give Leonardo Spinazzola an opportunity at left-back. Midfielders Lorenzo Pellegrini and Bryan Cristante already seem ready for this level and he should persist with Federico Chiesa despite Friday’s disappointing showing.

The attack looks in need of a shake up. After all, we know what Ciro Immobile and Andrea Belotti can do. Which is why at a time of great depression di Biagio could do worse than go with the most enthusiastic, happy-go-lucky player in the squad in Patrick Cutrone. The teenage Milan striker came on for a quarter of an hour at the Etihad and, credit to di Biagio, became the most precocious player to win an Italy cap in 30 years. It’s hard not to smile watching him run around like a man possessed and that’s precisely what the Azzurri need at the moment. A smile. That and a few goals. Italy have scored just three times in their last seven games. They’ve fired blanks in their last three outings. It feels like the time has come to bring Mario Balotelli in from the cold.

We’re getting onto nearly four years since his last appearance for Italy. Whatever happened in the dressing room in Natal, let bygones be bygones. Beggars can’t be choosers and Balotelli has scored 21 goals in all competitions this season. He deserves a call-up on merit. If you think he’s a disruptive influence, still too much of a distraction and a threat to dressing room harmony, ask yourself the following question: when did you last hear a Balotelli story that was non-football related? It’s a long time ago, isn’t it.

“I like his passion a lot and the aura he gives off on the pitch,” Sampaoli said on the eve of Friday’s friendly. “In my teams there’d always be a place for a player like Mario.” And this coming from a manager who left two of Serie A’s biggest stars Paulo Dybala and Mauro Icardi at home. Provocative though Sampaoli’s comments were, they do give you pause for thought and appear to indicate that from the outside looking in some see confusion or clouded judgement at the very least.

For all the negativity around Italy at the moment, the talent base is good. There is a very promising generation emerging. But for it to thrive the organisation and management has to be up to scratch. Zibi Boniek, the former Juventus and Roma star, now at the head of the Polish FA, put it like this. “Do you think Juve win all these titles because they’ve got 11 good players or because everything works perfectly there. [They’re extremely organised].” Put simply the strength of the team is drawn from the strength of the club. And that’s how it has to be with the FIGC and Italy.