Daily Serie A Team of the Season 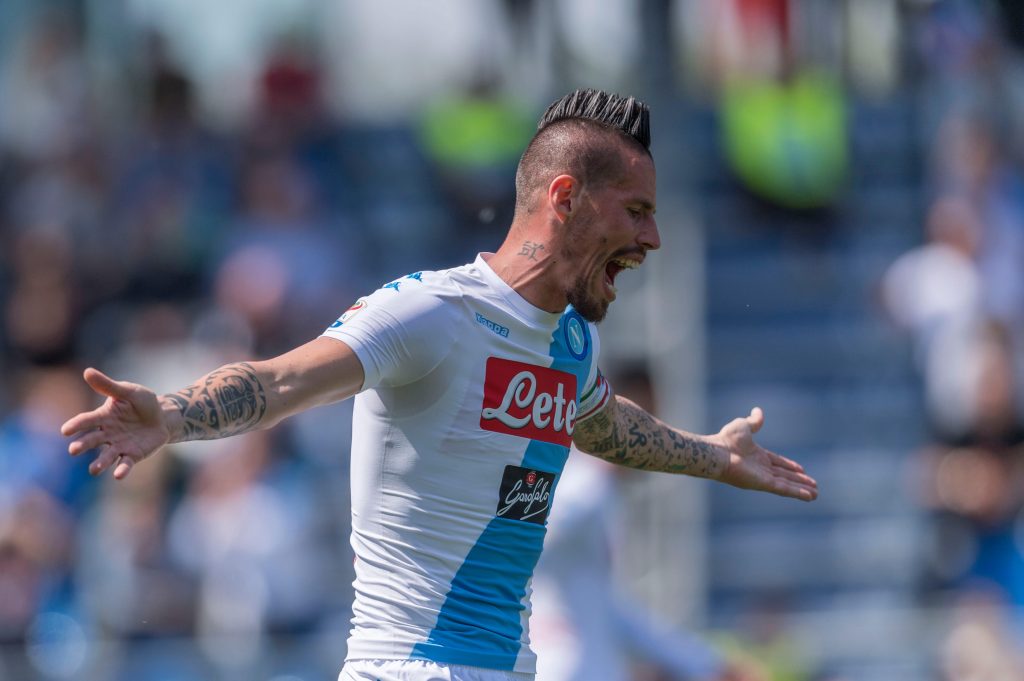 It’s time to summarize this exciting season of Italian football where Juventus won the league title followed by Roma and Napoli. We saw some breakthroughs and some disappointments. We have here gathered the team of the season in our opinion. With many attacking players performing well we have chosen to go with an attacking formation, quite opposite to Italian tradition.

The world’s best teenager? He has starting to look more human in the spring season after the huge breakthrough in 2016. Not so strange considering how many moves Milan’s back 4 was forced to during the season. But the critique says quite a lot about the expectations we already have on this 18-year-old wonderkid.

The so talented defender has started this year a little moe quiet than last year. It does not prevent him from being a fundamental part of Juventus success story even this season. Has managed to switch between playing in a back 3 and a back 4 formation without any struggle.

The 23-year-old has led Atalanta’s defence in an exemplary manner for his age. Safe and mature play but also many goals for a defensive player. Only his teammate Andrea Conti (8 goals, best in Europe) scored more goals as a defender. Will move to Juventus after next season.

The tough central defender has struggled with some problems during the season but kept a very high level of performence when he’s been on the field. With his intelligence and uncompromising playing stile he has shown the way for Juventus. The collaboration with Bonucci is a typical example of two central defehders that compensate for each other’s weaknesses. It has been the main reason that no team stand any chance to challenge Juventus, this year either.

Has this been the Slovakian skipper’s best season ever? The team captain has taken even greater responsibility, it feels like, and is often the one who defines the team’s attack. Napoli’s offensive trio scored a combined 60 goals in the league, yet Hamšik managed to do twelve in addition to that. A team captain who also seems to live in symbiosis with Napoli’s hot pizza and enjoys it to the fullest.

Perhaps the player in this team with the most uneven performances. Did an okay fall, then had a hysterical peak during some winter months and ended the season in a less spectacular way. But the fact is that Nainggolan is one of the most important midfielders in the world when he plays the best. His shot must soon be ranked among the best and hardest in the world.

The 22-year-old Serb has developed into a top international player this season. A technically and physically strong box-to-box midfielder, who also seems to have the vision needed to become a top-class player. Breakthrough of the year together with Caldara.

The 29-year-old has made his by far best season in the career and probably the one out of these eleven players who has been the most valuable for his team. With a starting position from the edge, he has terrorized defenders with his technique, dribbling, and goal scoring ability.

“Il Gallo”, the roaster, is a real team player. In addition to making a lot of goals, he runs a lot during the match and is also physically difficult to meet. Cooled a little in the spring, in a Torino team that had nothing to play about, but will be one of the hottest transfer targets for the big clubs in the summer with a billion-dollar patch on it.

Probably the striker in Europe, who has undergone the biggest transformation in a season. Almost everything has gone the right way for the Bosnian striker this season. He has spread the goals throughout the season and avoided the slugs he otherwise ends up in.

Here is another player who underwent a transformation, albeit under more needed conditions. Mertens had to replace a long-term injured Milik in the Napoli center attacking position in October and started sluggishly in the first few weeks. Then came a period when the Belgian started to score goals and he has not stopped since then. Can still be more clinically in front of goals, which is not good news for the Serie A defenders.

Find all odds on this week’s football here.