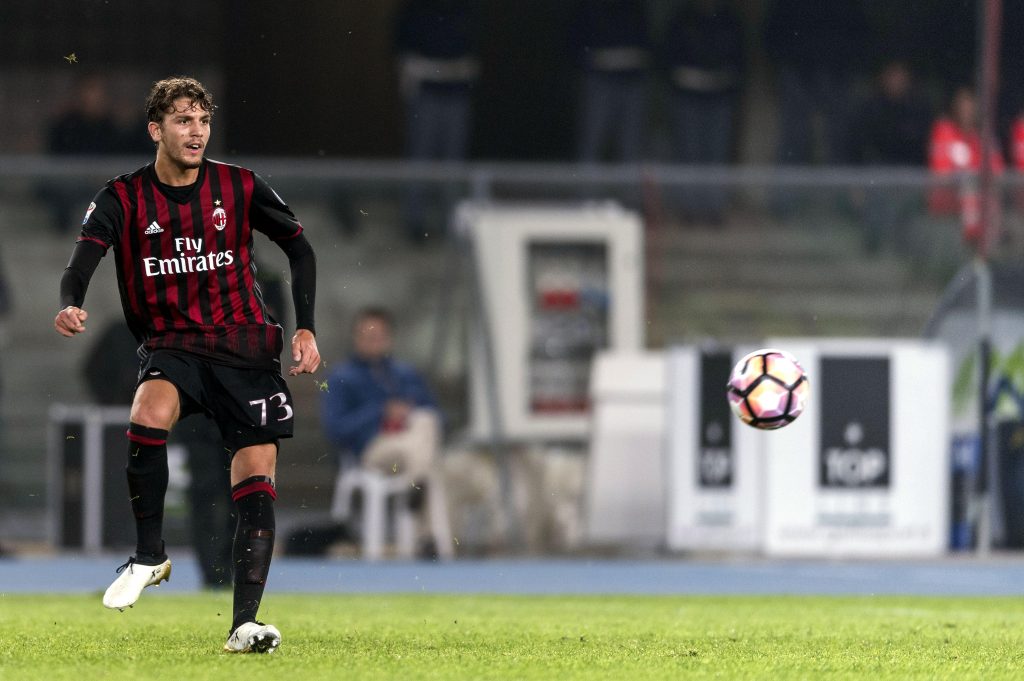 AC Milan are with their seven European cup and 18 Serie A titles among the clubs with the strongest history of winning in European football. Lately, the club has struggled to compete at the very top level and has underwent some drastic changes both on and off the pitch. The management have shipped away a number of high earning players in order to free up finances and this means the club own young players have got the chance to prove themselves as of late.

Last season, the now 17-year-old goalkeeper Gianluigi Donnarumma was the great sensation and this year he has been joined in the starting eleven by 18-year-old Manuel Locatelli. Locatelli, who joined the club at age 11, scored his first Serie A goal against Sassuolo a few weeks back and when Milan took on Juventus this Saturday he scored the only goal of the game and made sure Milan got away with their first victory against the reign champions in a long time.

Together with other first team players such as Alessio Romagnoli and Mbaye Niang, both born in the mid-90s they are shaping a new Milan side, which can hopefully rise to the same levels as their predecessors back in the 90s and early 00s. A first step would be secure a top position in order to qualify for next year’s Champions League. This is something the team looks on track to do, but the lack of experience was shown already on Tuesday.

Just a few days after beating Juventus at the San Siro, the club travelled away to face Genoa and went back home with a disappointing 3-0 loss, much thanks to an early red card given to Gabriel Paletta after a brutal tackle on a Genoa player. The Milan side still lacks a bit of consistency but the future looks bright with the likes of Donnarumma and Locatelli in their squad. On Sunday they play the newcomers Pescara and the odds are on Milan to take another home win.

In the other part of Milan, Mauro Icardi has gone through a tough time lately after attacking Inter’s ultra-supporters in his autobiography. After two straight losses neither Icardi nor his coach Frank de Boer were very popular among the fans. However, Icardi made them both a favour by getting a brace at home to Torino on Wednesday night, securing a 2-1 win and some breathing space for the under pressure former Ajax coach and player de Boer. This Sunday night they face a tricky away game at Sampdoria, and many people believe that de Boer need his team to win another game in order to keep his job until after the weekend.

Despite the loss to Milan on Saturday, Juventus are still top of the table, thanks to a 4-1 beating of Sampdoria at home this Wednesday. Napoli are now only two points behind after five straight victories and it is all set up for a raffling game when the two face each other this Saturday at Juventus Stadium in Turin.