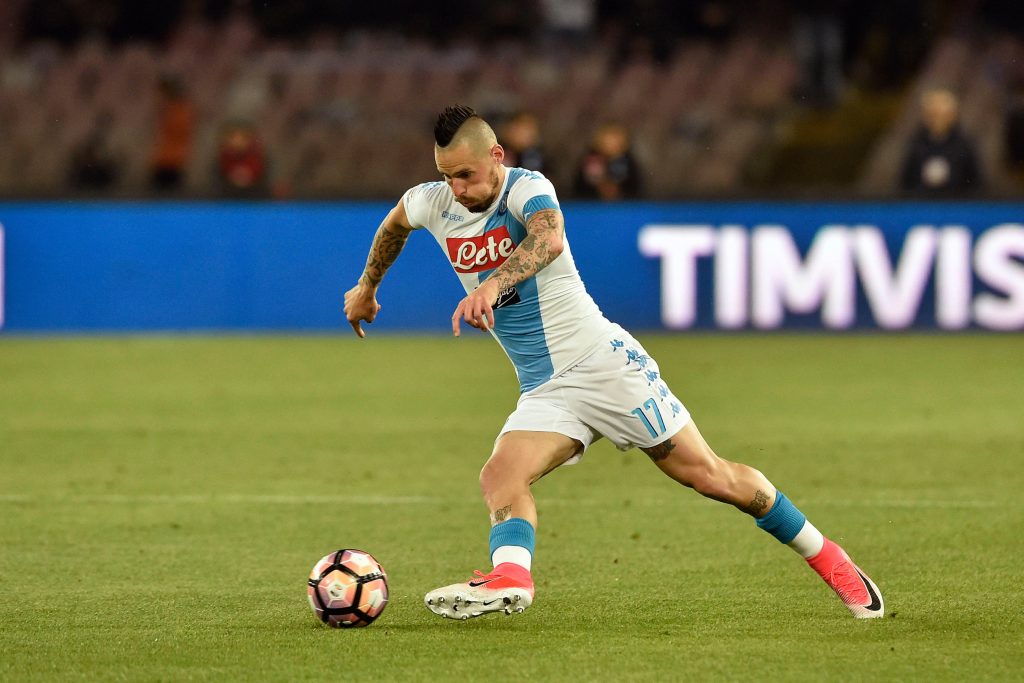 It was yet another interesting round of football, including some real shocks and great battles, in Il Calcio this weekend.

The most surprising result was the fact that Inter lost away to Crotone, who now looks to have a real chance of saving themselves from relegation after two consecutive wins lately. The surprise win was orchestrad by Diego Falcinelli who scored his 10th and 11th league goal of the season to put the home team in an early 2-0 lead. After yet another disappointing result from Inter, we can expect the new owners lead by Erick Thohir to make some real changes this summer. Il Nerazzuri now has to recharge ahead of Saturday’s lunchtime derby game against AC Milan, a game really worth tuning in before the Easter dinner for all football fans.

The big game of the weekend was played against the two light blue giants Lazio and Napoli, in a game where the fight about the third place and the last Champions League place seemed to be decided. And it was Napoli who was knocked out of Coppa Italia this week that took charge of the game in 25th minute when Dries Mertens found in with a long range pass to Marek Hamsik, who recorded it towards the far post where José Callejón could run the ball into the open goal. Lorenzo Insigne had a great opportunity to increase to 2-0 before half-time but missed.

However the Napoli winger would make the 2-0 a few minutes into the second half. The Brazilian midfielder Allan found the way with a ball to Insigne at the far end of the penalty area, with a lob pass. Insigne made no mistake, clear with the goalie and 2-0 was a fact. Lazio then came back into the game with half a dangerous option when Keita Balde rounded Pepe Reina, but his pass towards Ciro Immobile missed the striker and the ball was picked up instead of Jordan Lukaku, who in turn played it to Felipe Anderson whose shot missed the target.

The home side’s best chance came a few moments later when Insigne acted as guardian angel at the goal line when Patric just needed to put the ball into the open net. Napoli instead put the last nail into the coffin in the final minutes after an impressive passing plat, where the ball went from their own half before it was put into the net by Insigne, beautifully assisted by Piotr Zielinski.

Napoli are now seven points clear of Lazio and it looks like it is once again the same three teams qualifying again to next years Champions League, with Roma in second and Juventus in first place. Despite the loss of Gonzalo Higuain to Juventus in the summer and the tough injury loss of his replacement Arkaduisz Milik, Napoli have really played well and with Callejon and Mertens contributing with goals, the loss of a real number nine haven’t been that clear.

Other interesting games this weekend besides Inter and Milan, are the top game between Roma and Atalanta and the Tuscany derby between Fiorentina and Empoli, where the away team desperately needs to pick up points after the late resurrection of Crotone.