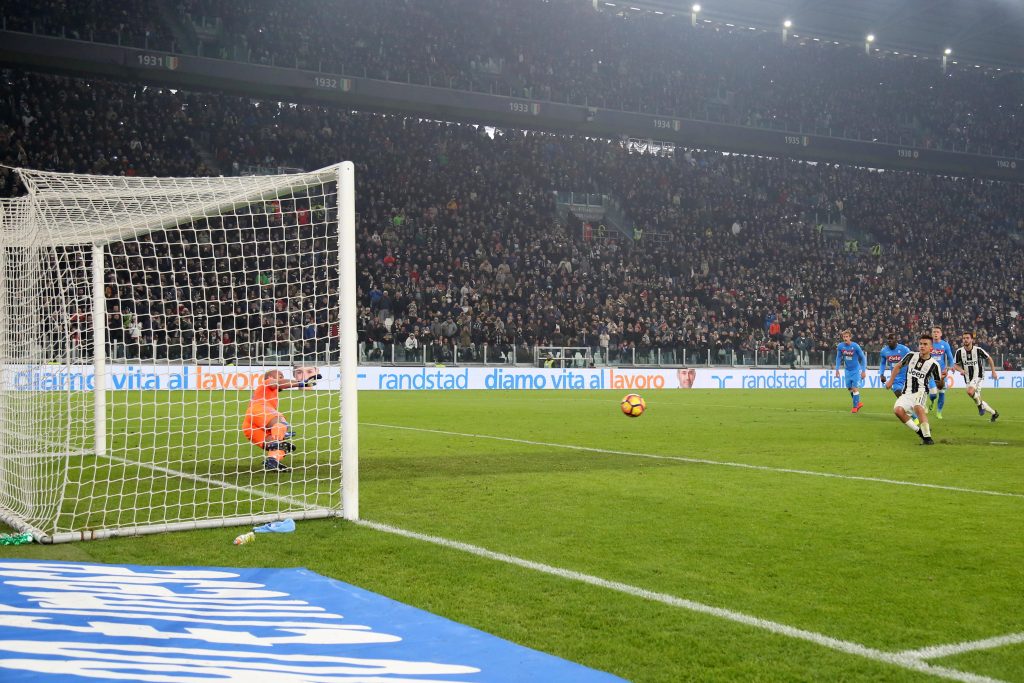 Not too long ago, we took a look at the concerning drop-off in form of AS Roma ever since Radja Nainngolan decided to talk about winning a treble. Two of those three trophies are now gone, with a sordid Europa League exit seeing the capital club crash out of a tournament they really could have won. Even more embarrassingly, they had their league ‘hopes’ ended by a resurgent Napoli side who turned up to the Olimpico and won. Napoli, then, are closing the gap on their long-time rivals in some fashion. Could Napoli really make up the difference and come 2nd over a Roma side that look depleted?

Napoli have, in our opinion, more guts in the same. The likes of Marek Hamsik, Kalidou Koulibaily and Dries Mertens are hardened players who don’t hide or shirk. They get involved and they make a lot of things happen. Most importantly, they dig in when the team is not flowing.

Can the same be said of the Roma stars? No, it can’t. Nianngolan has shown yet again that, when Roma need him most, his ‘world class’ tag can be questioned. He goes missing a lot when Roma are in trouble and when they need their midfield to step up to the plate. The same can be said of other big name players – even Edin Dzeko, for example, can be accused of going missing. Roma lack the grit to make anything of their talent, as a losers mentality appears to have generated in the club.

Napoli have nothing like the same doubts, and Mauricio Sarri has done an exceptional job in building a winning mentality in a squad short on medals. Even with guys like Francesco Totti and Daniele de Rossi, Roma can look bereft of leadership; it’s hard to say the same about Napoli.

Also, put simply, they are in better form. Napoli went out to Real Madrid in a 6-2 exit, but it looks a lot worse than it actually is. Napoli can improve massively from where they are at the moment, but they are mostly getting results. Losses against Juventus in the Cup can happen, as can surprise games like the 0-2 reverse at home to Atalanta, one of the surprise sides in Serie A.

They have far less ricks in them than Roma, though, and tend to win the games that they should. Roma are the opposite; losing when they shouldn’t and winning when nobody expects them to. Napoli seem to have more belief and trust in their form, and it shines through in the way that they play the game.

In our opinion, it might be time for Roma to fall behind and out of that 2nd spot. Nobody can challenge Juventus, but the loser mentality that permeates around the Olimpico is going to stop them being the ones to ever catch Juventus. Napoli have more grit as a club, and while they might not catch the Bianconeri this year, it’s more likely that they could in the future.

Roma have had their chance to usurp Juventus and Internazionale before them, and both times they built up an impressive run of runners-up medals. Napoli don’t have the same in-set desire to implode, and that could be crucial even in this seasons end as both clubs fight it out for automatic Group Stage qualification in the Champions League.