Can Napoli challenge for the title this year? 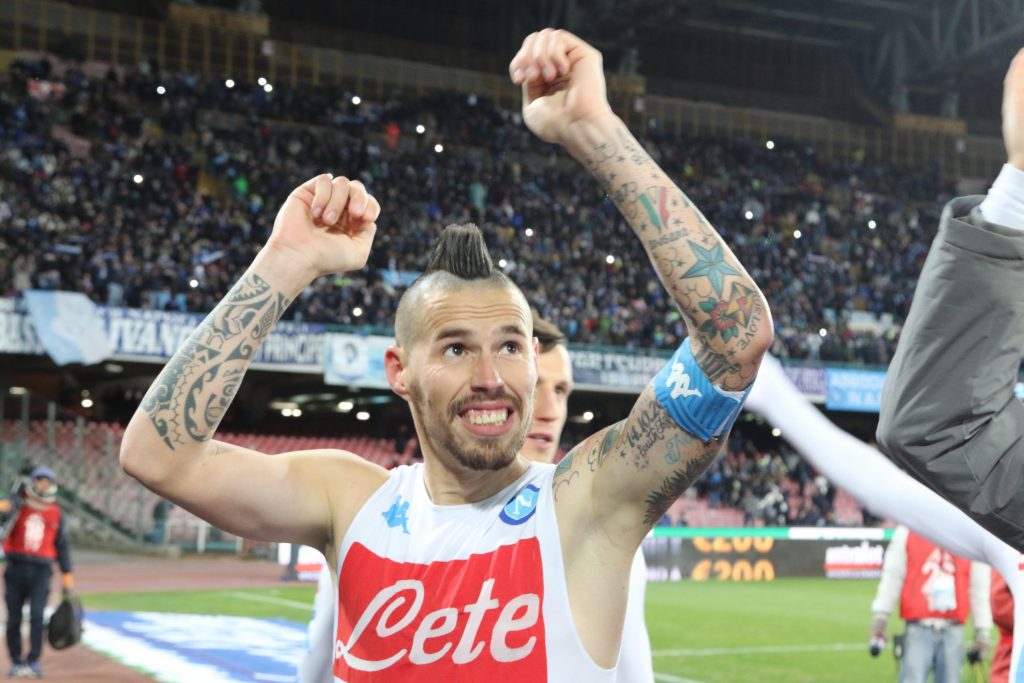 The big game of the weekend was played on Saturday between the two giants AC Milan and Napoli on San Siro Stadium in Milan.

Despite playing well at the beginning of the game, AC Milan conceded two goals in the first 9 minutes of the game, thanks to Lorenzo Insignes fine left-foot and José Callejons speed. After the quick goals, the game really dropped pace and no big chances occurred for either of the teams. However, in the 37th minute, Juraj Kucka took advantage of sloppy defensive play from Napoli and brought Milan back into the game with a 1-2 goal.

In the second half Milan owned most of the play and they had an early header in the crossbar by Mario Pasalic, just minutes into the half. Also Lorenzo Insigne had a good chance about 10 minutes later, but he didn’t manage to keep the ball under the crossbar. After that, Napoli continued to create chances but none of the teams managed to score another goal and the game ended 1-2 and Napoli travelled back south with all three points in their pockets.

For Napoli the victory meant that they are getting closer to Juventus at the top and Milan dropped significantly by losing, seeing their local rivals Inter pass them in the table for the first time in a while. However, AC Milan do have one game in hand, which means they can still recover in the table despite the loss.

The other big game played this weekend was played by lunch time on Sunday between the league leaders Juventus and the challengers Lazio. Also in this game, one team set the standard at an early stage of the game.

The home team coach Max Allegri did pick a very attacking eleven with Pjanic, Cuadrado, Dybala, Mandzukic and Higuain all starting and that would turn out to pay dividends quite early in the game. Already in the 5th minute, Paulo Dybala, who has been rumoured to Real Madrid lately, gave the home team the lead by a very delicate volley shot – a very classy goal from the young Argentinian. Just ten minutes later his fellow countryman Gonzalo Higuain once again scored for Juventus and made it 2-0.

After these two goals, “The Old Lady” controlled the game and Lazio never really came close to challenge the home teams dominance. Juve are now one point clear of Roma in 2nd and Napoli in the 3rd place. However, Juventus do have one game in hand and the reign champions could see themselves back in a 4-point lead if they manage to win that extra game.

Roma in 2nd place somewhat struggled at home to Cagliari but eventually managed to win by 1-0 after yet another goal scored by Edin Dzeko. The Bosnian is now joint second in the goalscorer table with Torino’s Andrea Belotti and Gonzalo Higuain, one goal away from Inter’s Mario Icardi. Inter and Icardi picked up their 6th consecutive win on Sunday, when they went to Sicily and won 1-0