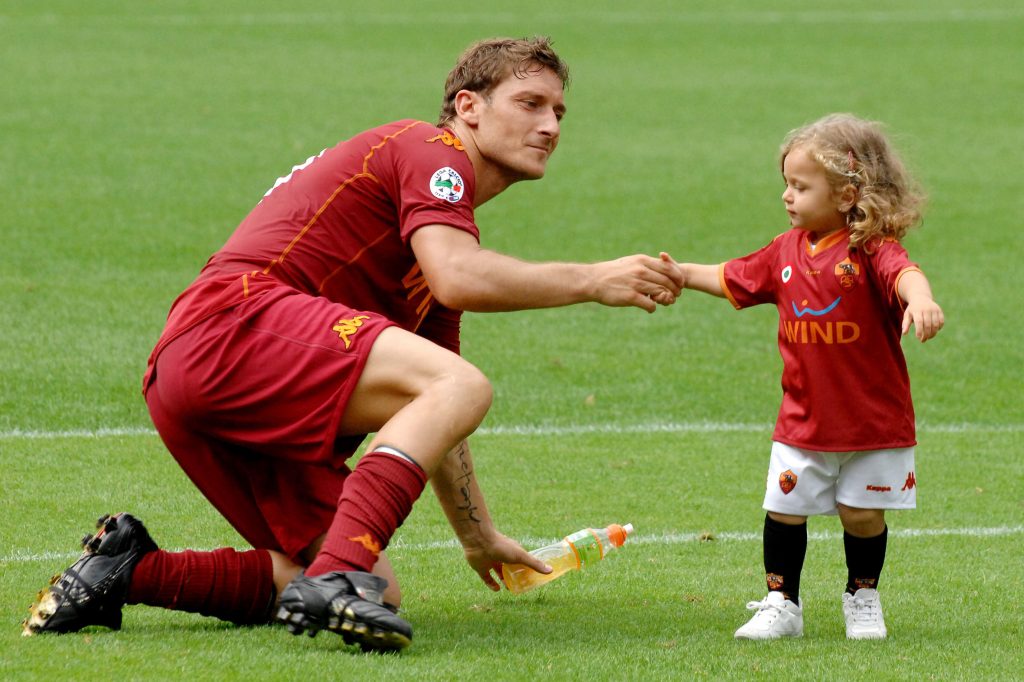 This weekend, we get to witness one of the most enjoyable Serie A matches of the century – AS Roma VS FC Internazionale. As one of the true flagship games of the Calcio calendar, this is one to make a mark in your diary for. It has long been seen as one of the most popular and exciting matches in the Italian calendar due to the performance of both sides – but one man in particular loves this game.

He’s just turned 40, and it’ll be the last time he takes on his enemy in the Olimpico. Roma play host to Inter at 19:45 on Sunday night. As far as flagship games go, few can come close to such an exceptionally exciting pairing this weekend. It really is one of the biggest highlights on the European calendar.

This is only added to, though, by the fact that Totti may just strike again. He celebrated his 40th birthday this week, and is looking to cause the Nerrazzurri problems once again. Already, he’s scored a bucket load against the Inter, and we expect that it might just continue this weekend.

For us, this season is a farewell tour for one of the finest players in the history of the game. Every Roma match will be watched as we get to take in the wonderful joy of Francesco Totti for one final calendar year. As he continues to work his magic against Inter regardless of defence or goalkeeper, we hope that this weekend will be signified with a Totti winner.

It’s got to be – he has been a thorn in the side of every Italian side, but none arguably more than Inter. If the magician can get more home goal against them to sign off what has been an amazing career record against such an important club, then all the better.

However, Totti still is here with us until May. He’s got the season left to sign off in style, and hopefully this can be the kick-start to the season that AS Roma have needed. The capital club have lacked verve this season so far, and need to find a spark from somewhere if they wish to return to their best.

A win at home against a club who has held them back from becoming a superpower, then, would be a fitting place to begin. As both clubs now look longingly at the Turin-based dominance of Italian football, it provides a stark reminder of what they have.

For a significant period in the mid-00s until Juventus “returned” Roma and Inter fought it out each season for the crown. Inter always prevailed, although Roma regularly won the Italian Cup against their new rivals.

Now though? Both clubs watch on as they try to establish themselves as the competitor to Juventus. This weekend could go some way to deciding who is going to hold that “honour”.

For now, though? Let’s just hope that Francesco can fire against one of his nemesis one more time.