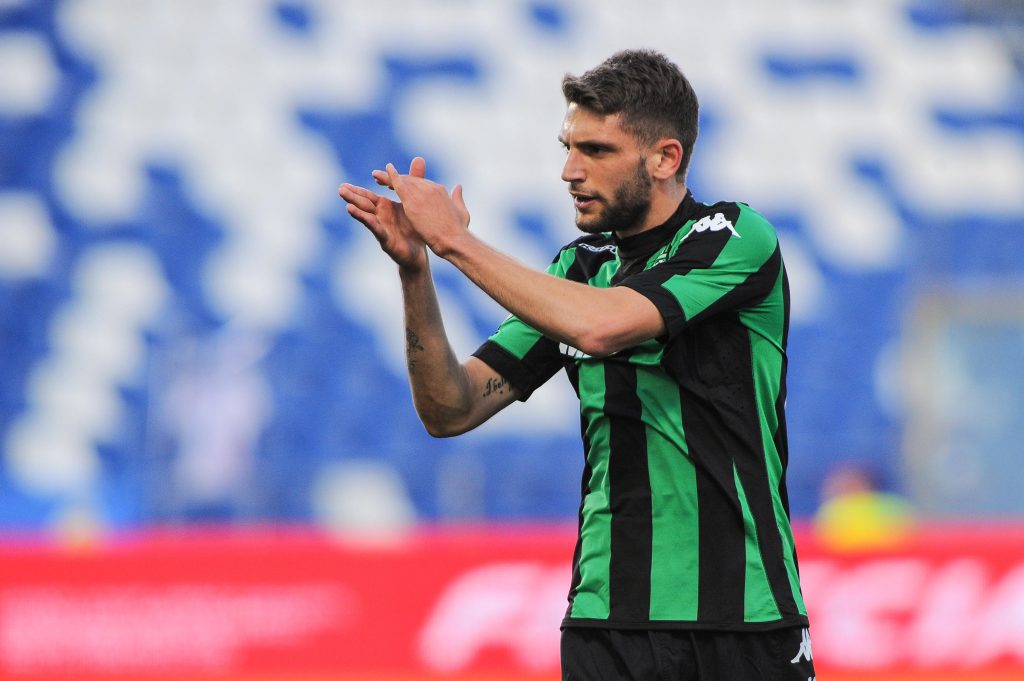 Having been the golden boy of the Italian game for many years, it’s no surprise to see that Domenico Berardi – out of the limelight through injury – is still attracting interest. While it was once seen as a formality that he would sign for one of Milan, Internazionale or Juventus, it looks like a move abroad could now be a possibility. Rumors swirled that he was the #1 pick for AS Roma, too, should Mo Salah make a move to England with Liverpool. Now, though, the likelihood of him moving from Sassuolo to a foreign club has risen considerably.

Despite injuries slowing his undoubted progress, it’s easy to see why so many clubs are interested in taking a chance on the exciting young Italian. Sassulo director Giovanni Carnevale was quite open about the opportunity for the young star to go abroad, too, speaking to Sky Sports Italia (Football Italia).

“Our desire is to keep him, but we know that faced with certain offers – and based on what the player wants – it might be difficult to keep hold of him. These are evaluations we need to make with the player himself.” Carnevali said.

With just 20 starts last season, some clubs may be put off by a patchy injury record. What they would be buying, though, is a talented midfielder with an eye for goal and a great assist record. With 9 assists last season in Serie A, Sassuolo have a gem on their hands. If he could stay fit, it would be hard to deny that Berardi could grace just about any of the top clubs in Italy.

Names such as Chelsea, and Antonio Conte, have been linked, as have some other foreign clubs from afar. It will be interesting to see where such hot property moves to. Given his unique talent and his ability to play so comfortably in a variety of forwarding positions, his fitness is the only item that might stop him from being able to move forward in the right way.

Wherever he goes, if he goes, someone is getting precocious talent.