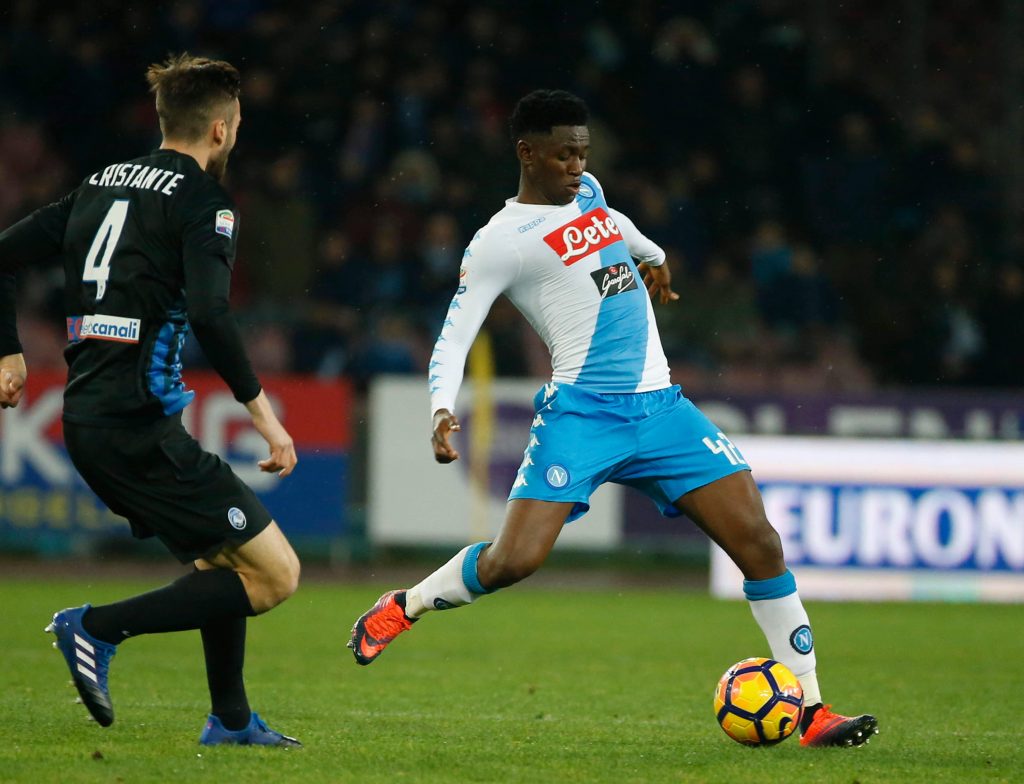 Napoli had not been beaten in four months at home when Atalanta came to visit on Saturday night for a top game of this years Serie A. Atalanta have by far been the surprise package of the season, looking to do their best season in a very long time.

Napoli came into the fight filled with confidence after having scored 12 goals in their last three games. Despite this, it was the guests from Bergamo that showed class in the first half.. Napoli had big troubles getting through the visitors’ defensive and the only goal of the half came when Atalanta’s Juventus bound defender Mattia Caldara nodded the ball past Pepe Reina in the Napoli goal after half an hour played. Straight after, Dries Mertens had two very good chances to score the equalizer before half time, without managing to get the ball into the net.

Atalanta continued to defend well but when their midfielder Franck Kessie got his second yellow card, most people expected Napoli to come back into the game. Instead Caldara once again showed up at the right time and place and scored 2-0 to the visitors. Despite Napoli attempts, they didn’t manage to come back and they did not only lose the game but also valuable points in the race to catch Juventus at the top of the table. For Atalanta the victory means that they are now in fourth place, just three points behind Napoli in third.

In the second big battle of the weekend it was second placed Roma and the resurrected Inter Milan that clashed together on Sunday night in a classic battle, where both of the teams desperately needed points to climb up in the table.

The Inter coach Stefano Pioli chose a relatively aggressive lineup where Marcelo Brozovic and Joao Mario played behind Mauro Icardi ,while Luciano Spalletti chose a slightly more defensive lineup using Bruno Peres and Juan Jesus in as wing backs in front of a solid back three.

After just three minutes, Mauro Icard got a great chance after a cleaver pass from Roberto Gagliardini but the Roma defender Federico Fazio managed to stop him in the last minute. In the sixth minute Inter’s Ivan Persic chipped the ball up to himself, nodding home a pass to Samir Handanovic, something that is not allowed because it is considered unsporting behavior, and Roma had an indirect free kick that followed whoch did not succeed. A few minutes later came the first goal of the game, scored by Roma’s midfielder Radja Nainggolan who first got past Gagliardini and then finished with a hard and beautiful long shot to beat the Inter keeper Handanovic. Roma seemed to have full control of the first half and Inter never really got into the game.

Second half did not become any easier for Inter, who failed to regain the command of the game when Nainggolan eleven minutes into the second half made it 2-0, scoring his second of the game. Roma continued to control possession and dominated the midfield completely. Inter regained a little hope when the captain Icardi made it 1-2 in the 81st minute after a pass by Ivan Perisic but the hope was killed just four minutes later when Gary Medel fouled Edin Dzeko in the penalty area and newly subbed Diego Perotti could make it 3-1, which also was also the final score.

Inter is now in sixth place, six points off the Champions League and right now without a position that makes them eligible to play at all in Europe next season. For Roma the win means they widen the space down to Napoli and the pursuit of Juventus continues.

Follow this weeks Copa Italia and Serie A action and find the best and most interesting odds here.