AS Roma – The King of the Capital! 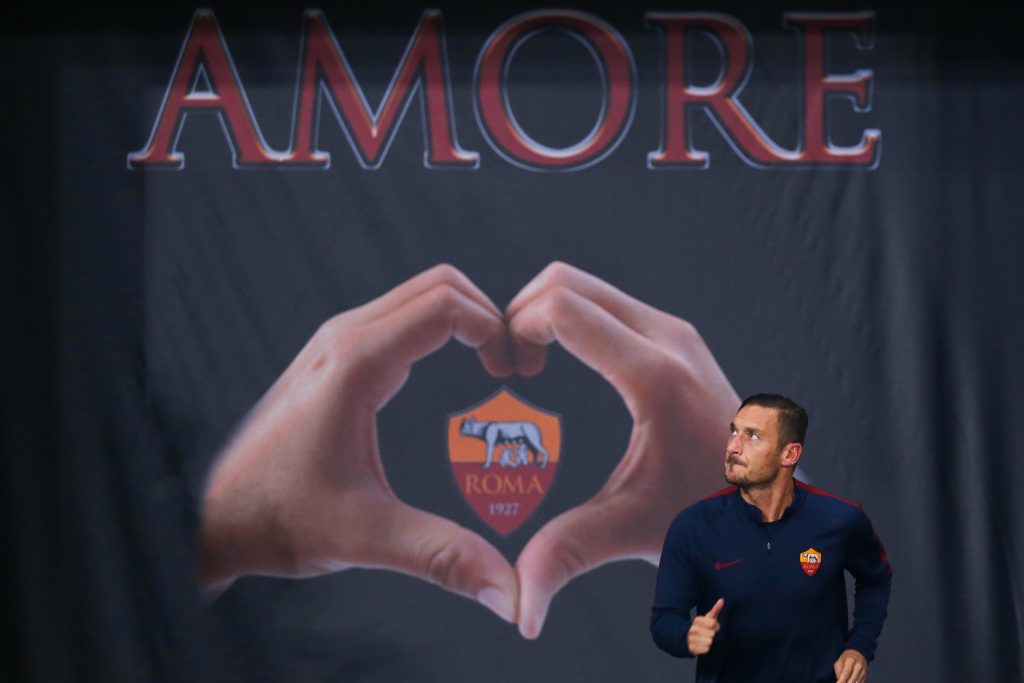 On Sunday afternoon Il Derby della Capitale (the capital derby) kicked off in Roma and it was a very intense event. Already before the game there had been a lot of talking, especially with Lazio’s ultra supporters having a famous “pep talk” with the squad at their training ground Formello.

Maybe thanks to the fans support, Lazio was the team that opened the best and was the better team in the first half. Chance-wise, there was no team that was even close to a hot scoring chance in the first 45 minutes. In the second half, Roma changed their game tactically and the Belgian midfielder Radja Nainggolan got a freer role. This resulted in more and more won ball higher up the pitch, which turned out would be crucial.

After 64 minutes, the Brazilian Lazio defender Wallace tried to dribble as the last man but was caught by Kevin Strootman who easily chipped in 1-0 for Roma. In connection with the Dutch midfielder’s celebration, he sprayed water on the Lazio substitute Danilo Cataldi, who responded with an attack back on Strootman. This kicked off a big fight with players from both teams involved. The fight resulted in Cataldi being sent off from the bench, but Strootman was allowed to stay on the pitch. The Roma team seemed energized by the goal and after another yet another ball recovery by Nainggolan he scored 2-0 himself. This was the end to the game and Lazio didn’t fully recover.

Roma are still four points away from top of the Juventus, who took a surprisingly easy win over an in-form Atalanta team on Saturday night. The game ended 3-1 to Juve who now face some difficult league games in the new two games. First they play their city rivals Torino away this upcoming Sunday, followed by an exciting clash with Roma the following weekend. These two games will be crucial in order for Juventus to start 2017 as the league leaders.

AC Milan are the other team chasing Juve and they took a very narrow victory at home to Crotone this weekend. Thanks to a lot winner by the new club hero Gianluca Lapadula Il Rossoneri are very much still in the chase for the top positions. Despite having the possibly most anonymous squad for many years, the Milan coach Vincenzo Montella has found a nice blend of young and experienced players to perform together on the pitch.

Everyone growing up under the 90s and 00s will remember great Milan sides featuring players such as Maldini, van Basten and later on Pirlo and Kaka. It is still too early to decide whether young players such as Donnarumma, Romagnoli and Locatelli are ready to rise to the same levels as the previously mentioned legends, but this edition of AC really seems to work well together as a unit on the pitch and are starting to regain the so important support from the club fans, which is something that has been missing for the last couple of years.

Follow Juventus, Roma and Milan’s battle for the league title on Daily Serie A, and make sure to get the best odds for this week’s rounds of pictures.