AS Roma Rule Out Alisson Exist 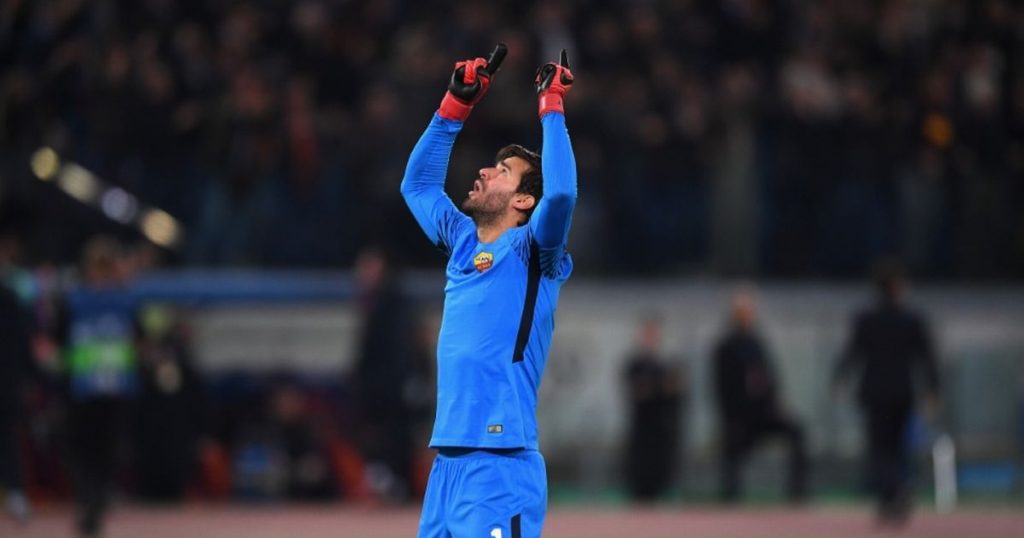 Having quickly become one of the most interesting transfer sagas of the upcoming summer, AS Roma have warned off UEFA Champions League opponents Liverpool regarding their goalkeeper, Alisson.

Linked with the Reds for some time, the Roma keeper and Brazilian international, 25, has been a major transfer target. The return to form of Loris Karius, though, has put the transfer plan on the top shelf for now. For the avoidance of doubt, though, The Daily Mail has quoted James Pallotta, the Roma President, as ruling out a sale.

“We have no intention of selling him. No chance,” Pallotta said.

“When we signed him, I thought he was a great goalkeeper and I still think so, so we won’t sell him.”

While it’s noted that Roma might need to sell a key player to meet Financial Fair Play (FFP) initiatives, their Champions League run might stave off the need to sell the keeper. With Alisson set to be the main starter for Brazil at the FIFA World Cup in the summer, too, he could yet add more Euros onto his price tag.

The question of if Roma can qualify for the Champions League matters, too. If the Giallorossi miss out, it could force them into a sale that they would rather avoid. For Liverpool, the fact that they’ll get to see just how good the Brazilian international is on Tuesday makes for an interesting sub-plot.

At the moment, though, he’s nowhere near the Roma exit.