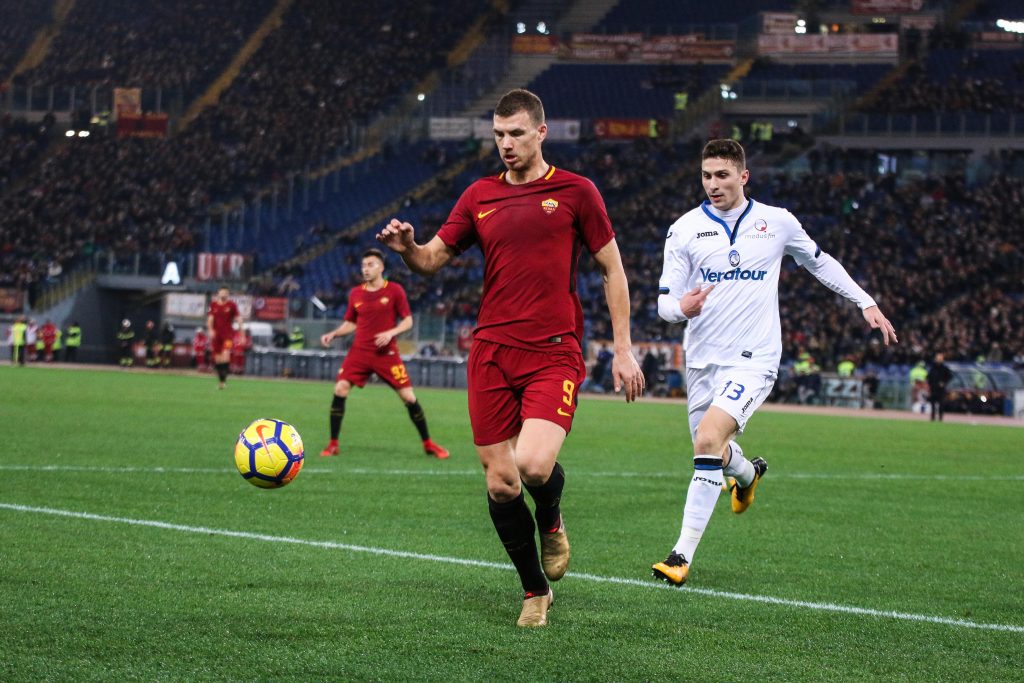 Despite never really feeling a true fit for Eusebio di Francesco’ system, it would appear that Edin Dzeko might yet remain in Rome. An amazing season last year seen him become a favourite at the Olimpico, but a poor half-season – following a poor first season with the club – could see him move on from Italy and back to England with Chelsea.

Despite a move for his teammate Emerson Palmeri appearing to be dead in the water, the official AS Roma Twitter account was a bit more open about the scenario regarding their Bosnian goal scoring hero.

With 10 goals and 3 assists in just 21 games, the big forward has done OK this year but seems to be set to move on after never truly settling under the new coach in Rome this year. However, new Roma Director of Football, ex-Sevilla man Monchi, is adamant that a move is not around the corner.

Though the Roma Twitter account, he was clear about it, saying: “Every club in the world would at least consider any offers that come in. We are ready to listen, and then we’ll decide,

“At the moment Dzeko is here and we are all happy. That means that what we’ve received so far wasn’t acceptable.”

While it sounds like they are happy to make a move at the right price, as is the Roma way, a move for the Bosnian is not quite ready to go through – yet.