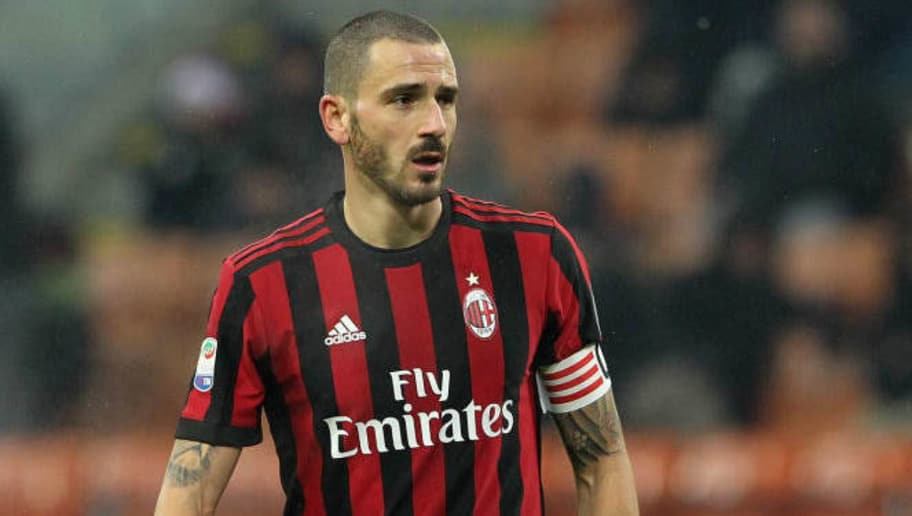 After a whirlwind summer that seen Milan sign many top players, Leonardo Bonucci’ transfer from Juventus was among the strangest in recent history. The Italian international, deemed by many as among the finest of his generation, has been linked with a quick exit from the Rossoneri, though.

Milan failed to make the 2018-19 UEFA Champions League, opening up financial pressure that they must overcome. This could mean selling some big names, with the likes of Andre Silva and Ricardo Rodriguez linked with moves. Bonucci, though, is not for leaving.

“There is no problem whatsoever [at Milan],” The Daily Mail have quoted the Italian as saying, per Sky Sport Italia.

“I hope these rumours will be put to bed so we can build something important.

“We’re aiming to return to the Champions League and to compete for big objectives.”

As a major player for Milan, he was bought as a face of the new project. At just 31, though, many links to clubs like Manchester United were mooted. Unlikely to be interested in leaving Italy due to his familial and sporting preferences, though, it seems like Bonucci will remain at Milan as they look to rebuild yet again.

With Genaro Gattuso getting the job full-time, Milan will be looking to build on his own fire and aggression. With a committed winner like Bonucci determined to stick around, though, it is easy to see why there may yet be faith that Milan has an interesting project ahead.