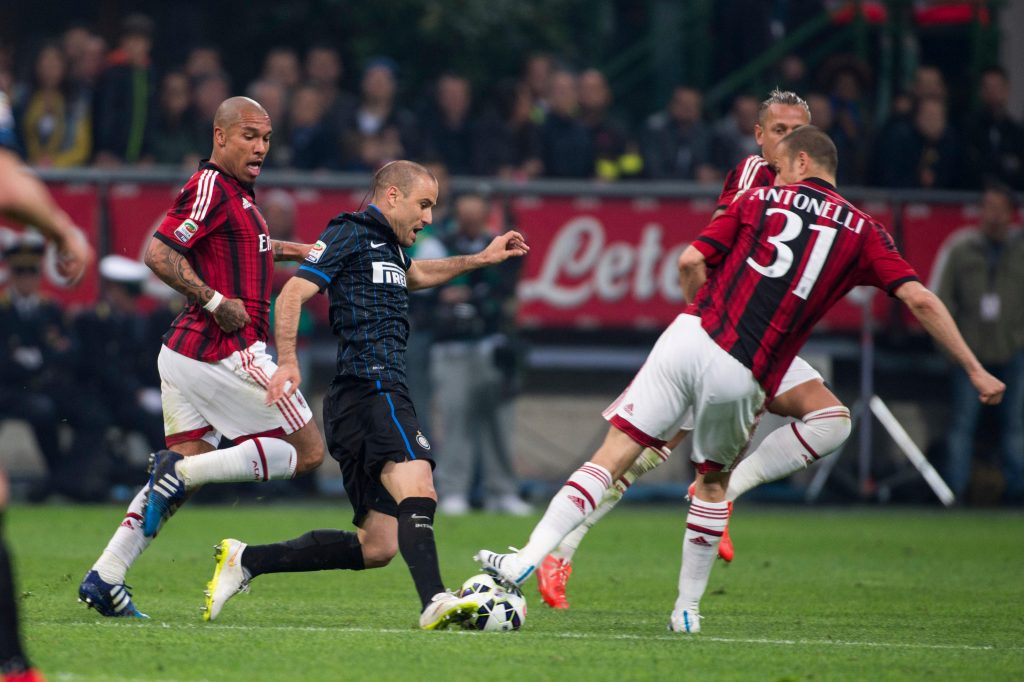 As this weekend’s Derby Della Madonnina could be one of the most interesting in recent years, both clubs are back in the spotlight for the right reasons. Seen as the perfect example of how far Serie A football has fallen, AC Milan and Internazionale represent the dying order of the Italian league.

As two of the biggest teams on the planet, both sides are slowly trying to re-build under new Asian ownership. Both clubs, though, could not be in different places at this present in time.

As Inter are just out of the news from sacking Frank de Boer and replacing him with Stefano Pioli, Milan are quietly moving along the league. Milan currently sit 3rd, with just one loss in their last six. That loss came after a massive win against Juventus, where the team probably felt too comfortable about themselves.

Inter, meanwhile, have won just two and lost four of their last six. They are in poor shape, and sit 9th in the league and with yet another interim coach. With a talented squad but an 18-month window to kill until dream appointment Diego Simeone becomes available, Inter will likely keep churning out short-term coaches until they can land Cholo.

Milan, then, are building something interesting. Manager Vincenzo Montella has formed an excellent backbone to his side and has a rather limited squad playing wonderfully well. One signing that is being touted at the moment – and one who would love to be involved for the Rossoneri this weekend – is Andrea Belotti.

The Rise of Il Gallo

Otherwise known as Il Gallo, the new hotshot Italian striker is a huge Milanisti. Recently, old Facebook posts from the Torino striker were found, slating Inter after Milan wins in previous derbies. With his own excellent form coinciding with Milan being seen in the spotlight once again, many people are speaking about the potential for a romance that has lasted for 22 years to finally come together.

Belotti has been in electric form for the last few years, impressing at both Palermo and now Torino to great detail. His excellent form seen him called up for Italy, where he has scored an impressive 3 goals in his first 4 games. The young man looks set to become the next Italian forward of genuine repute, and it looks like a move to Milan might not be too far away.

Montella is an admirer of the player, and Milan are known to be looking for more firepower. With the likely exit of some squad players, could Gallo be in the starting line-up for the second derby later on in the year?

He might miss this derby but we would not bet against it. Milan have finance and the desire to build a young Italian core – what better way to do that than with a young Milan supporting forward who reminds so many of former Milan great, Fillipo Inzaghi?

If he was in the starting line-up, this weekend would be so much easier to call!